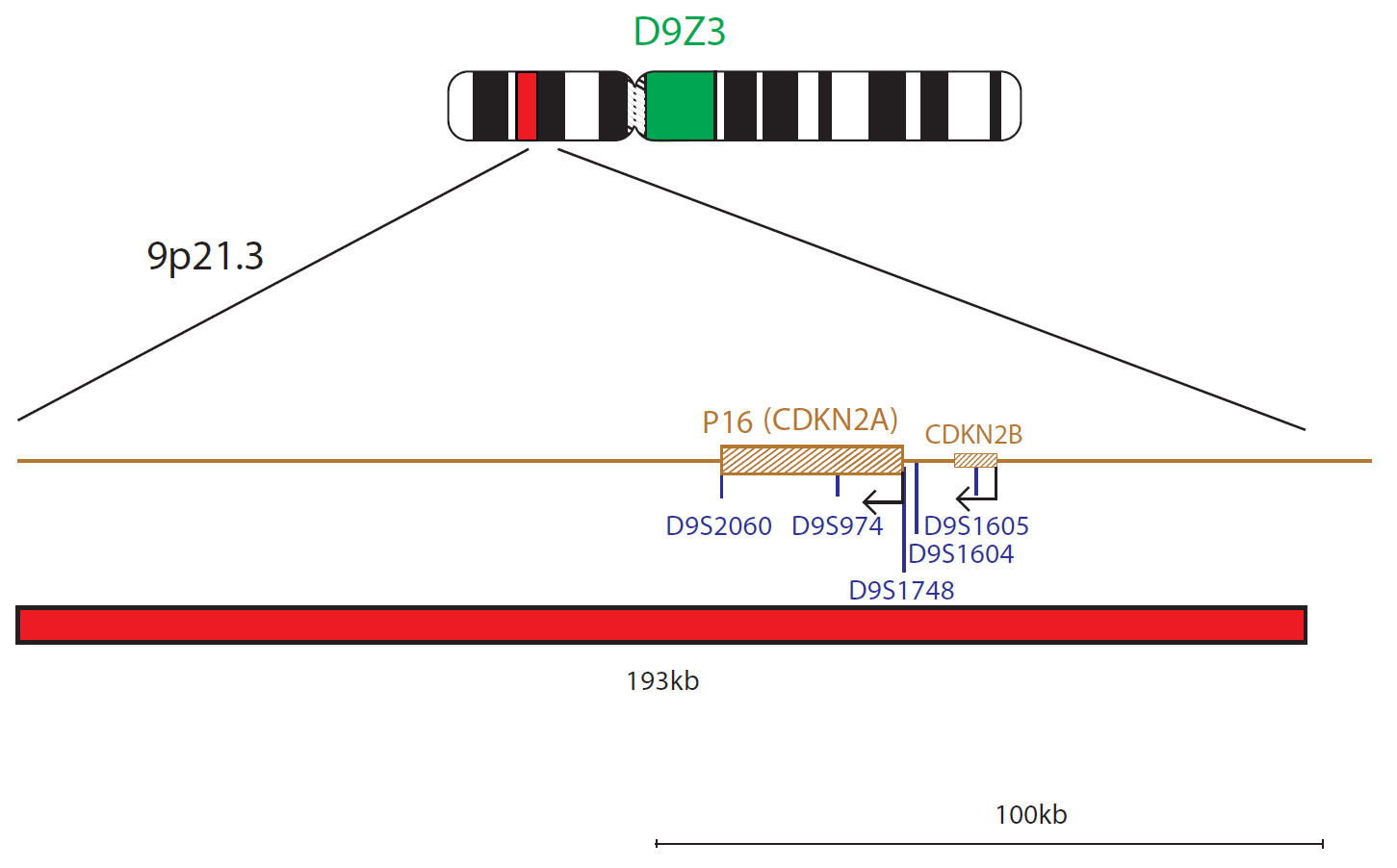 The P16 probe, labelled in red, covers a 193kb region of 9p21.3, extending from 105kb telomeric of P16 (CDKN2A) gene to 46kb centromeric of CDKN2B. The probe mix also contains a control probe for chromosome 9 (D9Z3, the heterochromatic block at 9q12) labelled in green.

Diffuse large B-cell lymphoma (DLBCL) is the most frequent form of aggressive lymphoma and deletions of the P16 (now known as CDKN2A) locus occur in approximately one-third of DLBCL patients1.

The CDKN2A gene encodes a cyclin dependent kinase inhibitor that functions in the control of phosphorylation of Retinoblastoma (RB), a protein that is frequently hypermethylated in lymphomas2. There are two proteins produced by the CDKN2A gene, P16 and P14ARF, the latter being an alternate reading frame product. These protein products have been linked to two tumour suppressor pathways, the RB pathway and the p53 pathway. P16 inhibits phosphorylation of RB, whereas P14ARF targets MDM2, a P53 inhibitory protein, for degradation. A deletion of the CDKN2A gene would therefore disturb both pathways3.

Losses of CDKN2A are significantly associated with a shorter survival after treatment4.

It was very important for us to have more consistent results with our probes — easy-to-read bright signals and a range of vial sizes, which is much more cost-effective. It also was critical to upgrade our pretreatment kit to expedite the analysis of FFPE samples. We can now complete the process in about 90 minutes.