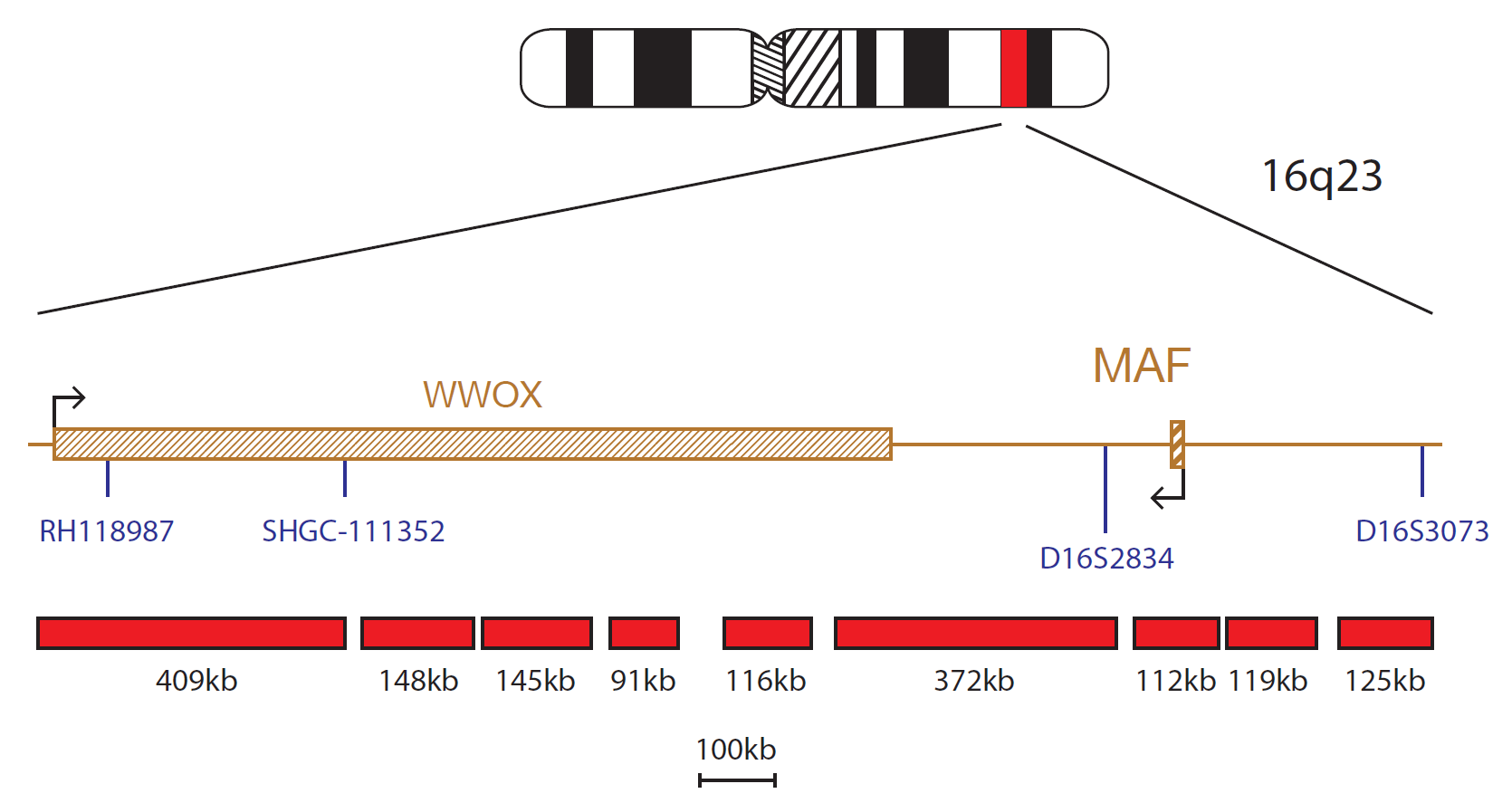 MAF (MAF bZIP transcription factor) gene is located at 16q23 and IGH (immunoglobulin heavy locus) at 14q32.3. Approximately 50-60% of multiple myeloma (MM) cases are associated with translocations involving IGH and one of several partners including CCND1, NSD2 (WHSC1) and FGFR3, CCND3, MAF or MAFB1. The t(14;16)(q32.3;q23) translocation is a recurrent translocation seen in 2-10% of MMs1.

The majority of the breakpoints occur within the last intron of WWOX (WW domain containing oxidoreductase), centromeric to MAF. These breakpoints have a dual impact of positioning the IGH enhancer near MAF and disrupting the WWOX gene2. Gene expression profiling of myeloma cell lines revealed that MAF caused transactivation of cyclin D2 (a promoter of cell cycle progression), thus enhancing proliferation of myeloma cells3.

According to the literature, MM patients harbouring the t(14;16) appear to have a more aggressive clinical outcome4,5.