‘We sometimes experience weak probe signals and/or higher background than normal. We suspect that the post hybridisation washes are causing this problem. Why does this happen?’

Post-hybridisation washing after FISH hybridisation is necessary to aid the removal of non-specific interactions between the probe and undesirable regions of the genome, thus allowing greater probe specificity.

The buffers used in post-hybridisation washing are SSC based and therefore provide positively charged sodium ions in solution. These ions counteract the repulsive negative force between the DNA backbones of both the probe and target. Too much SSC in the buffer will produce a poor washing effect of low stringency and too little SSC (or just water) will tend to wash all probe away from the sample due to high stringency. Temperature and pH also influence the washing effect; increasing the temperature increases the stringency and the pH determines the availability of the positive ions.

The inclusion of TWEEN 20 detergent decreases background staining and enhances the spreading of the reagents in the wash buffers.

Post hybridisation washes at CytoCell are optimised for the FISH procedure and have been formulated using the principles outlined above.

An additional tip would be to periodically wash solution jars and ensure adequate detergent removal can help reduce background issues. Also, the use of filtered pipette tips can reduce intermittent background issues from debris being expelled onto FISH slides. 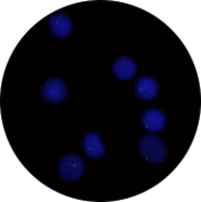 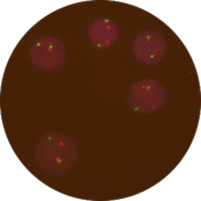 Have a FISH question? Our support team is on hand to help, get in touch