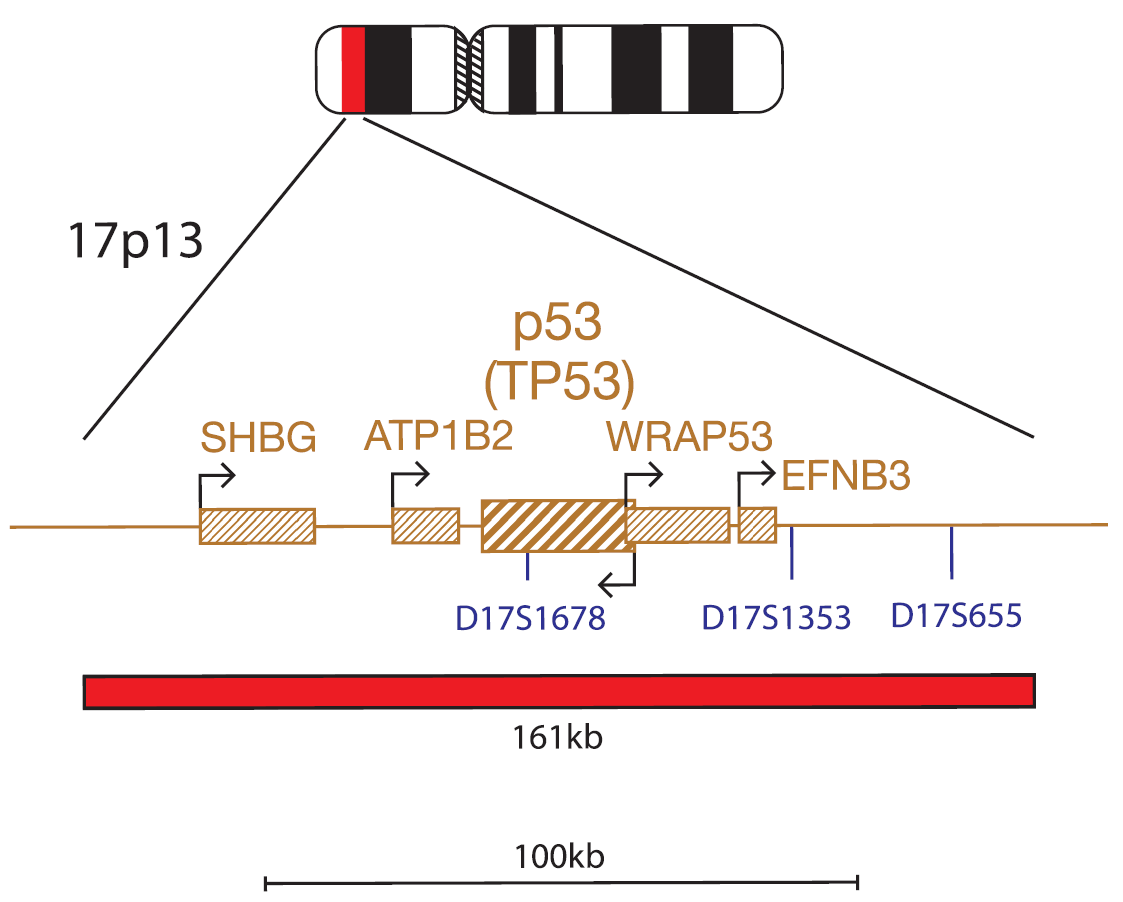 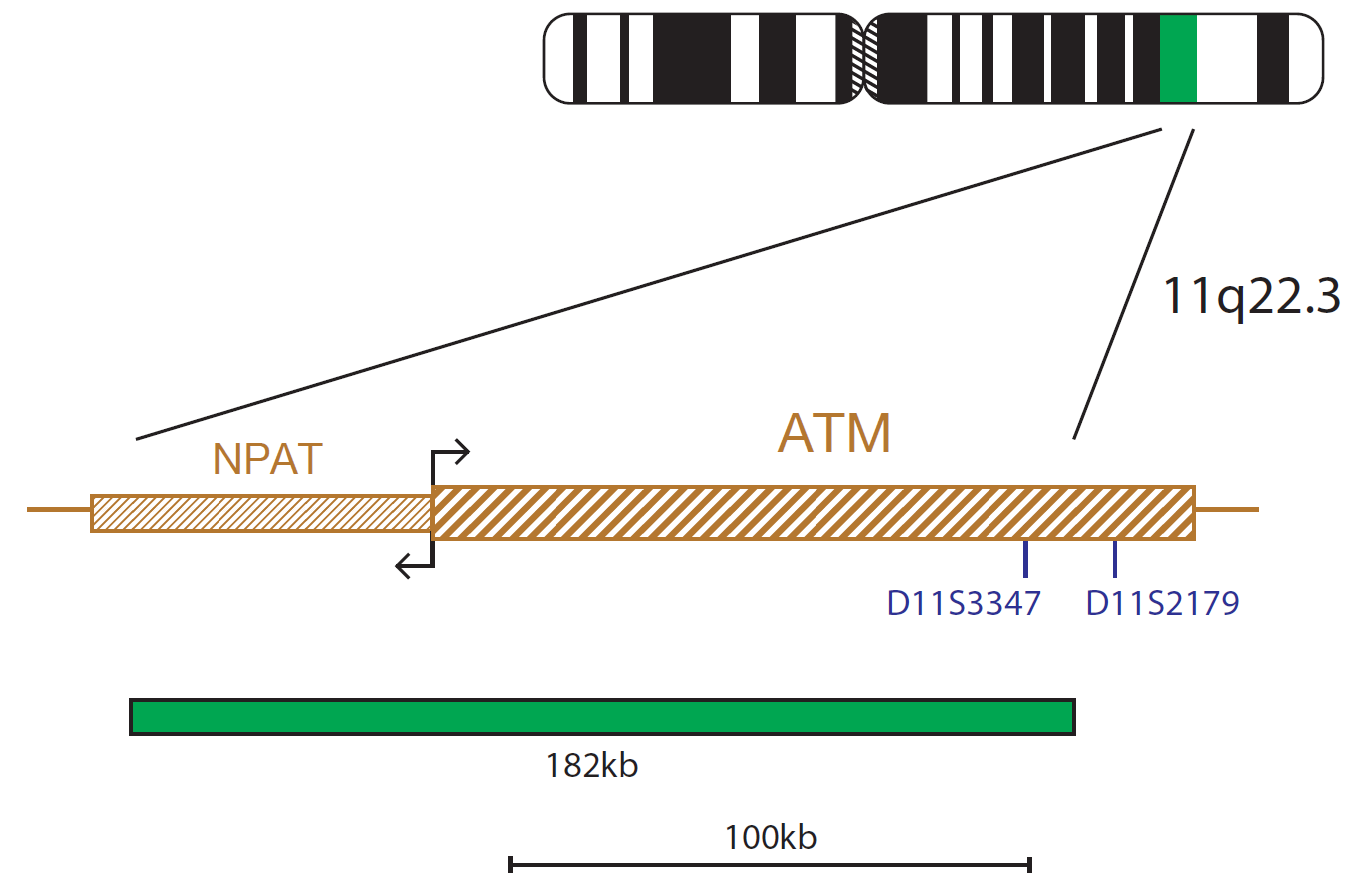 CLL is the most common leukaemia in adults; its course can vary from very indolent to rapidly progressive. Due to the low mitotic activity of the leukaemic cells in vitro, clonal chromosomal abnormalities are detected in 40-50%2 of cases by conventional cytogenetics using B-cell mitogens, whereas FISH analysis identifies chromosomal aberrations in approximately 80% of CLLs2. Screening for deletions of ATM and/or TP53 is vital to allow informed therapy choices for CLL patients, as deletions of TP53 and ATM confer poorer prognosis in this disease1,2,3.

The TP53 gene is one of most important tumour suppressor genes; it acts as a potent transcription factor with fundamental role in the maintenance of genetic stability. Loss of TP53 is reported in 10% of patients with CLL, and is considered to be the poorest prognostic marker in that disease1,4.

ATM is an important checkpoint gene involved in the management of cell damage; its function is to assess the level of DNA damage in the cell and attempt repair by phosphorylating key substrates involved in the DNA damage response pathway5. Loss of ATM is reported in 18% of patients with CLL, and is considered a poor prognostic marker in that disease2.

Analysis of the ATM/TP53 interaction in CLL has shown that TP53 and ATM play an important role in the proliferation of lymphoid cancer5, it has been shown that ATM enhances the phosphorylation of TP53, should the damage be so great that the cell requires destruction by apoptosis (which is mediated by TP53). Deletion of ATM removes this checkpoint activity and hence activation of TP53. Thus, there is no attempt made to repair, or apoptosis of, damaged cells, despite the presence of TP53. In the absence of ATM, damaged cells are allowed to continue to proliferate6.