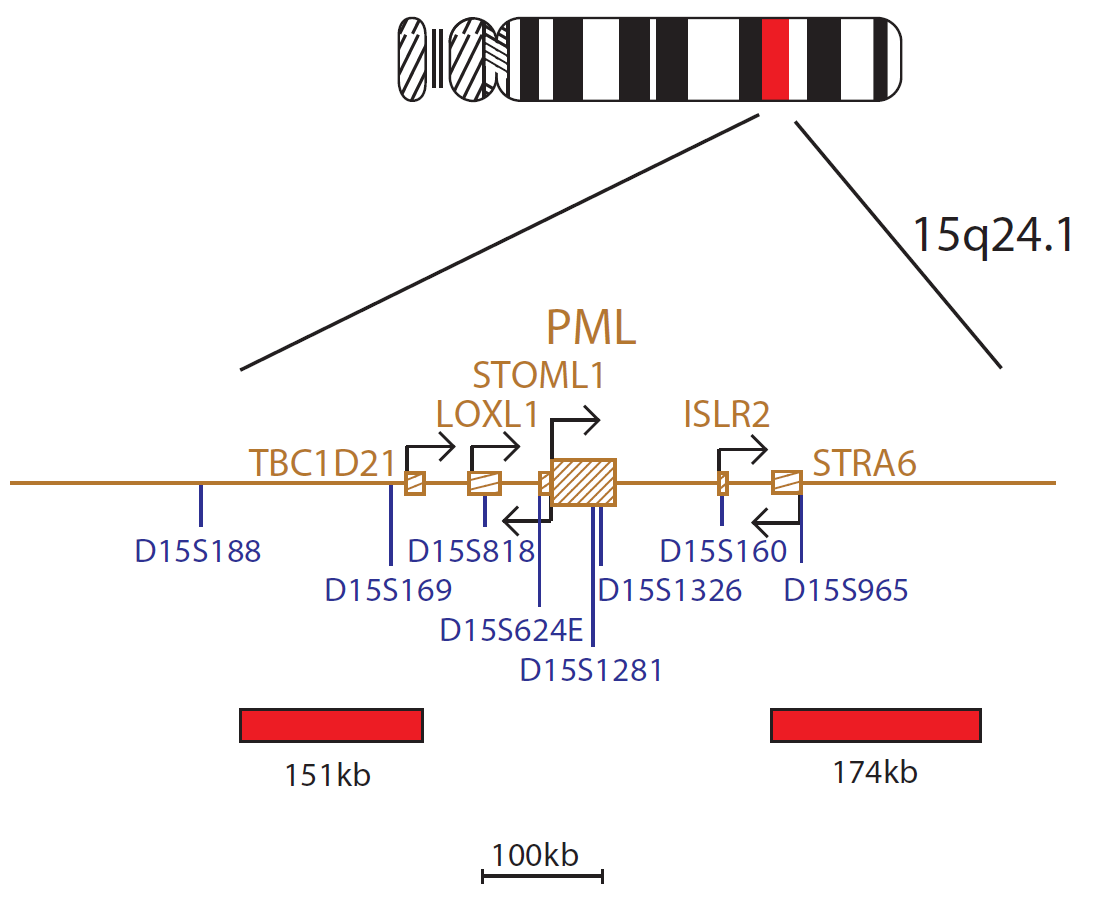 Immediate treatment of patients carrying the t(15;17) (PML/RARA) translocation is critical due to the risk of early death2. This FAST PML/RARA FISH probe allows rapid detection of the rearrangement, with only one hour of hybridisation required.

The fusion gene PML/RARA is created by the t(15;17)(q24.1;q21.2) translocation, found in 98% of AML M3 Acute hypergranular promyelocytic leukaemia and 9% of AML overall1,2,3. The PML protein is a transcription factor and RARA encodes a nuclear receptor. The fusion protein generated, PML-RARA, is a chimaeric transcription factor that operates as a dominant negative form of RARA and results in cells that are blocked at the promyelocytic stage of differentiation and then proliferate. Gain of function mutation allows repression of multiple genes and recruitment of DNA methyltransferases to promoters, allowing prolonged suppression. PML-RARA also activates components of the WNT signalling pathway, promoting stem cell renewal.

Immediate treatment of PML/RARA positive patients is critical as intravascular coagulation causes early death in 10-40% of cases2. Terminal differentiation is induced by the use of all-trans-retinoic-acid (ATRA), which reactivates the RARA gene and degrades the PML-RARA fusion product and 80-90% of treated patients achieve complete remission1,2,4. Despite the efficacy of ATRA, the death rate remains around 15-20%, but 70% of patients will achieve 3 year survival2. Additional abnormalities found with PML/RARA translocations include trisomy 8, seen in one third of cases, del(7q) and del(9q)2.