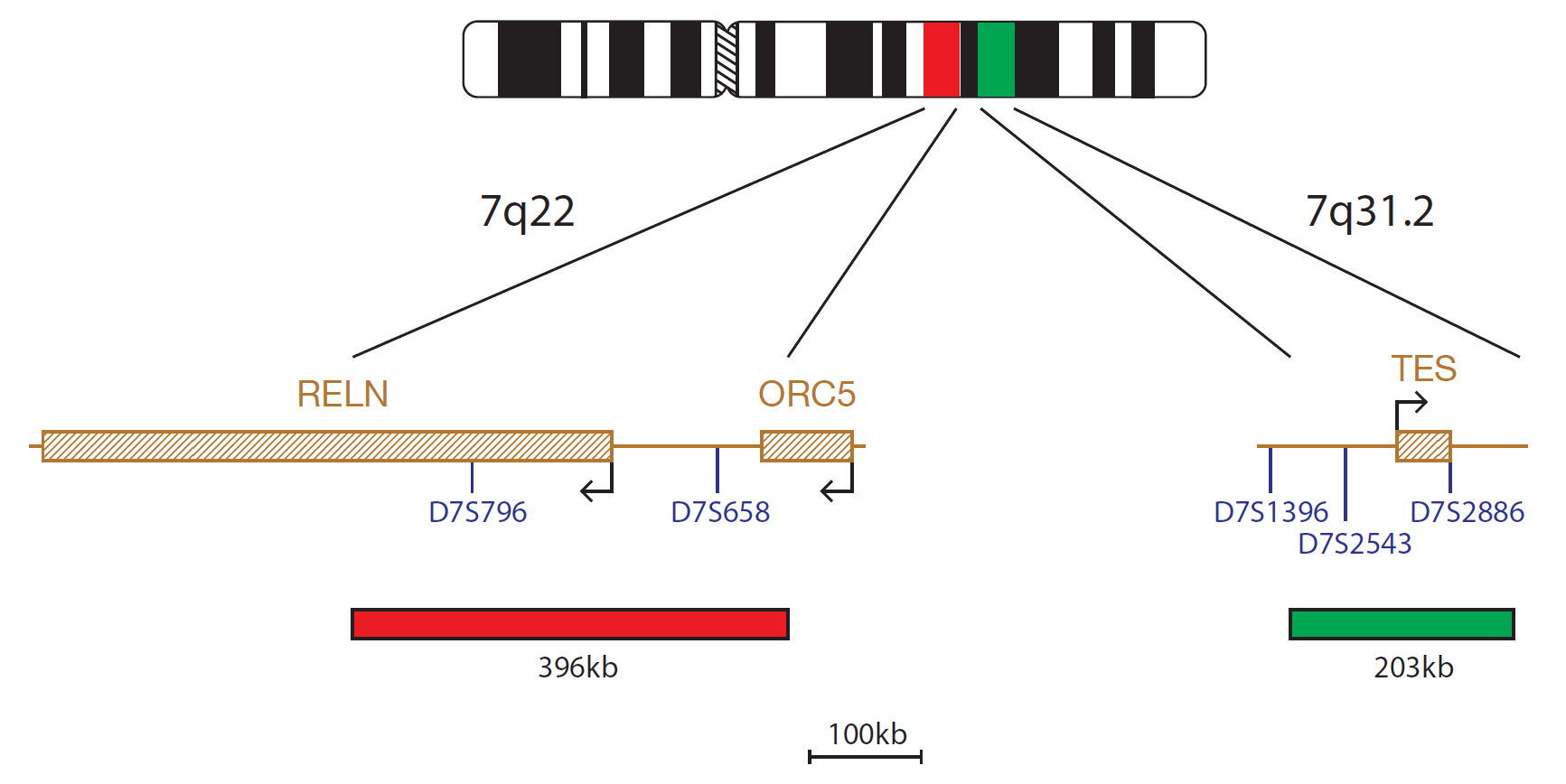 Monosomy 7 and del(7q) are seen in a number of myeloid disorders, including myelodysplastic syndrome (MDS), acute myeloid leukaemia (AML), and juvenile myelomonocytic leukemia (JMML)1. Furthermore, it occurs in MDS and AML that develop in patients with constitutional disorders (eg, Fanconi anaemia, Kostmann syndrome, neurofibromatosis type 1, and familial monosomy 7)2. The presence of Monosomy 7 or del(7q) as karyotypic changes are associated with a poorer outcome in myeloid malignancies1,3.

Deletions of chromosome 7 are typically large with heterogeneity in the breakpoints in myeloid diseases, making it difficult to map the common deleted regions (CDRs). It is highly likely that multiple tumour suppressor genes on chromosome 7 cooperate in leukaemogenesis4. Two CDRs have been previously reported: one at 7q22 and the other on 7q31-q362,5, which are both targeted by this probe set.