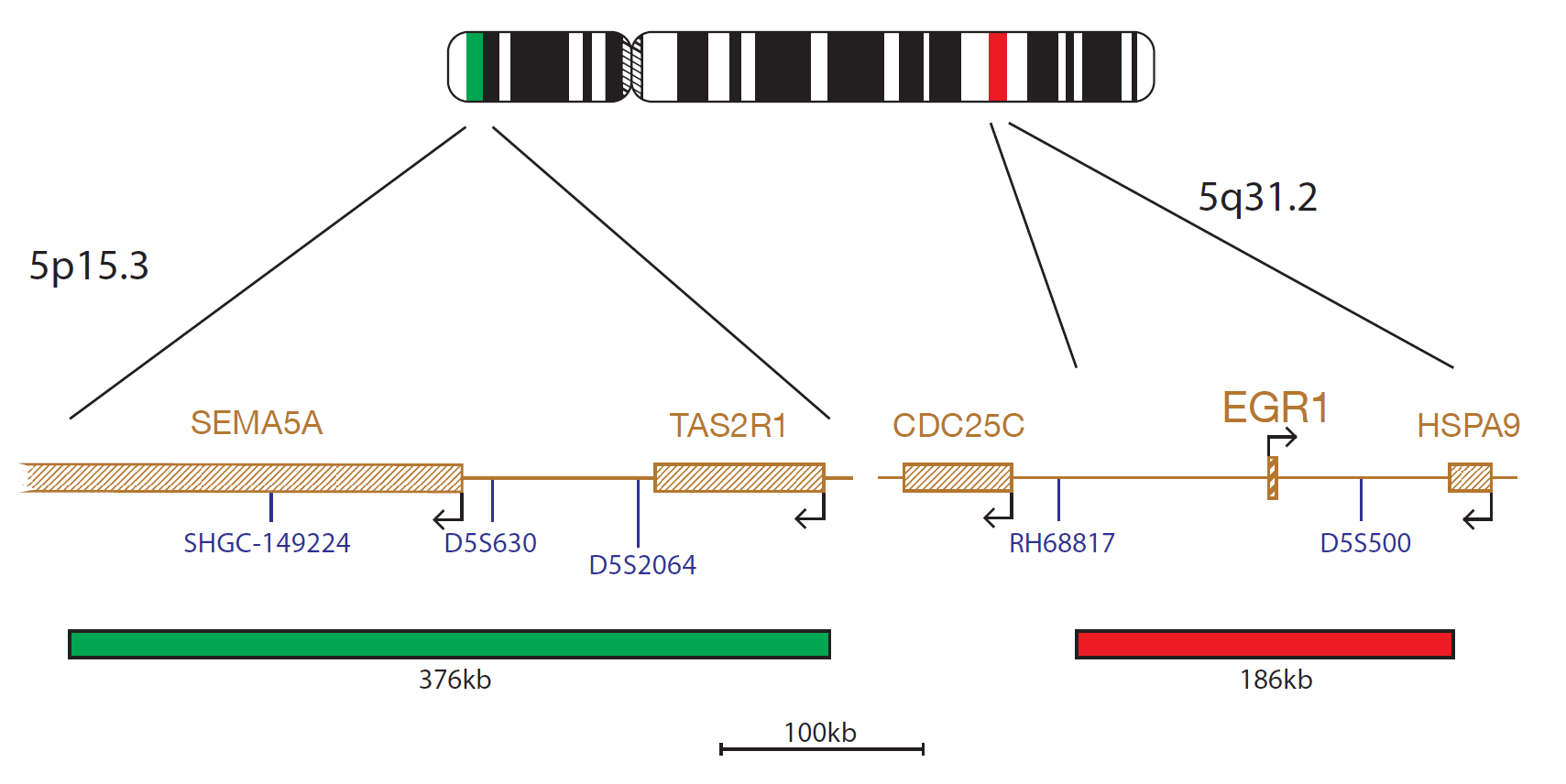 Deletions of the long arm of chromosome 5 are one of the most common karyotypic abnormalities in myelodysplastic syndrome (MDS) and acute myeloid leukaemia (AML) with myelodysplasia related changes1,2.

A subset of patients with del(5q) as a sole cytogenetic abnormality has a consistent set of clinical features, termed the 5q- syndrome1. This clinical entity with <5% blasts has a more favourable prognosis and responds to treatment with lenalidomide. However, patients with del(5q) associated with other cytogenetic abnormalities or with excess blasts have an inferior survival2,3.

Two chromosomal regions have been mapped on chromosome 5q in MDS. One common deleted region, at 5q33, is associated with the 5q- syndrome. Another, more proximal region, located at 5q31, has been linked to a more aggressive form of MDS and AML and is often accompanied by additional cytogenetic abnormalities and a poorer prognosis1,3, 4.

The CytoCell® Del(5q) probe will detect deletions of EGR1 (early growth response 1), a tumour suppressor gene at 5q31. EGR1 has been shown to act through haploinsufficiency to initiate the development of MDS/AML5.