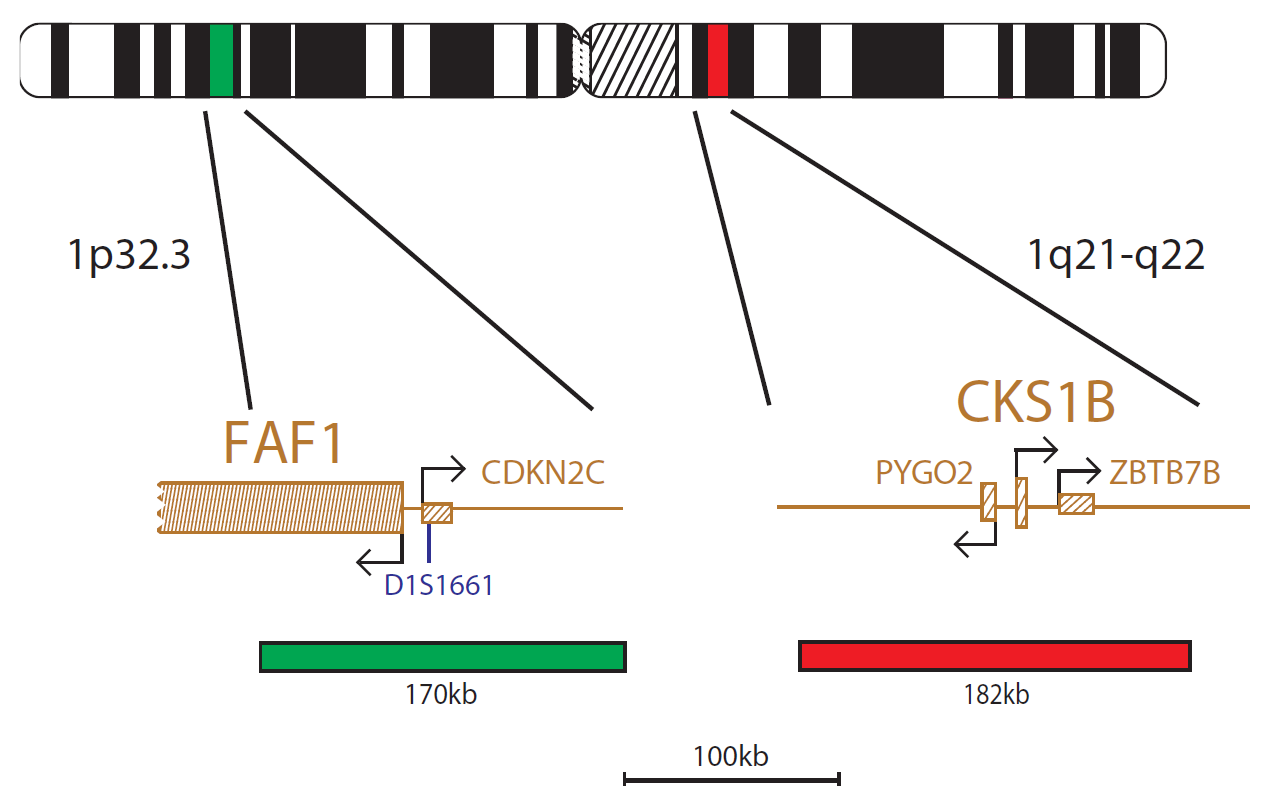 Gain of the 1q21 region including CKS1B is one of the most frequently-occurring chromosomal aberrations seen in multiple myeloma1. Over-expression of the CKS1B gene up-regulates cell cycle progression, resulting in a more proliferative disease2. This is related to the advanced phenotype of multiple myeloma and may therefore be associated with poor prognosis and disease progression1,2,3. Gain of 1q21 has been linked to inferior survival and further amplification is observed in disease relapse. Complete gains of the long arm of chromosome 1 are also common in multiple myeloma and can occur as isochromosomes, duplications or jumping translocations and are frequently associated with disease progression4.

CDKN2C is a tumour suppressor gene responsible for inducing apoptotic cell death and DNA fragmentation5. It is up-regulated by the expression of the cytokine IL-6 in multiple myeloma and homozygous deletion of the gene is associated with a more proliferative disease5. Although CDKN2C deletions have been reported to be rare in human malignancy, cytogenetic analyses have shown that abnormalities of 1p32-36 occur in around 16% of human multiple myeloma and are associated with worse overall survival2,3,5,6.

Cytogenetic abnormalities are detected by conventional cytogenetics in about one third of cases of multiple myeloma, but FISH increases the proportion of detected chromosomal abnormalities to >90%7.