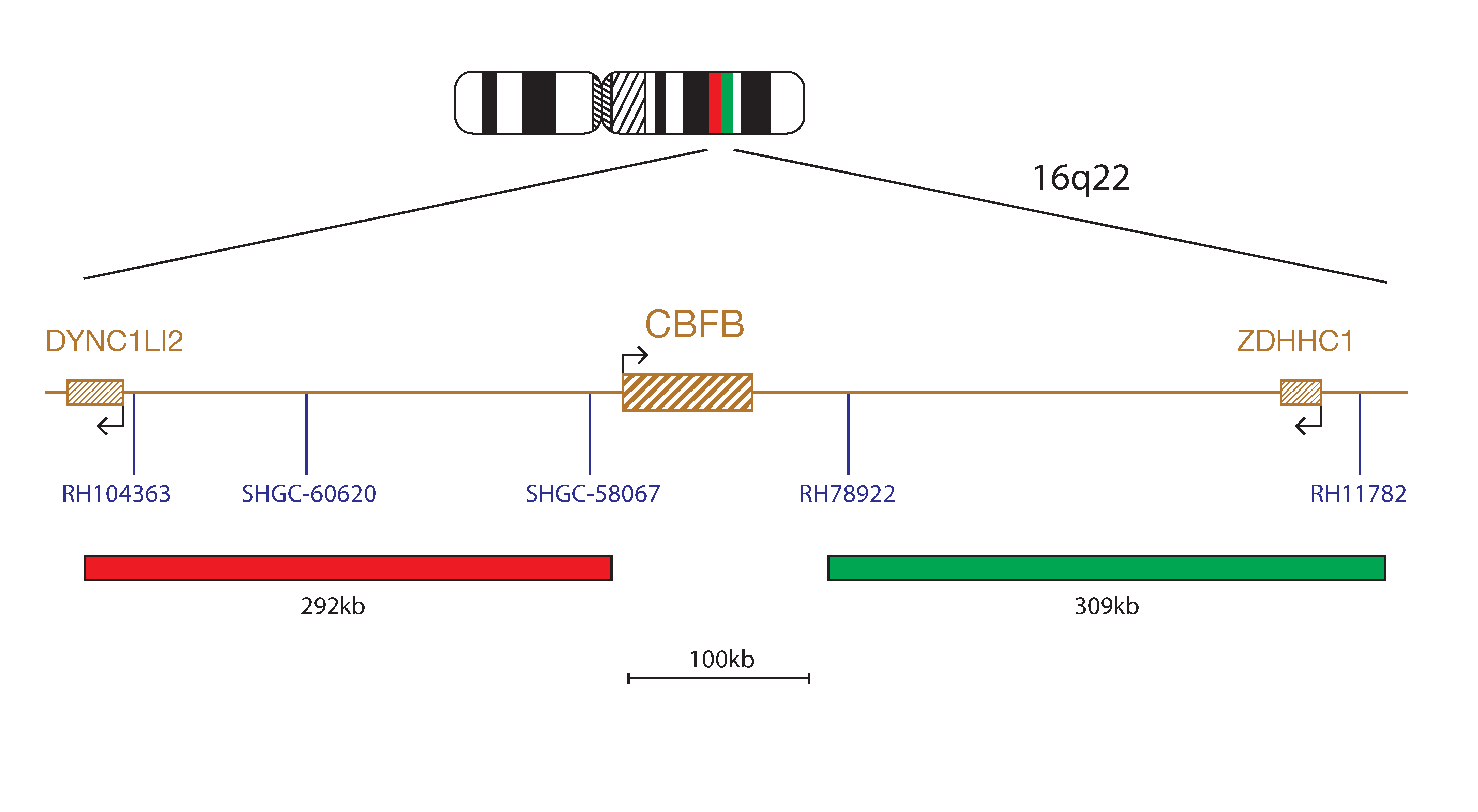 Acute myeloid leukaemias with inv(16)(p13.11q22.1) or t(16;16)(p13.11;q22.1) form a recognised disease entity according to the World Health Organisation (WHO) classification of myeloid neoplasms and acute leukaemia2. These rearrangements are frequently found in patients with a myelomonocytic subtype with increased bone marrow eosinophils, formerly referred to as AML FAB (French-American-British classification) type M4Eo, and are found in 5-8%2 of AMLs. Cases of therapy-related AML may also have this rearrangement2,3.

For both inversion inv(16)(p13.11q22.1) or the translocation t(16;16)(p13.11;q22.1), the breakpoints occur in intron 5 of CBFB and intron 5 of MYH11. The N-terminal of CBFB fuses to the C-terminal of MYH11 with its multimerization domain. The resultant chimaeric protein reduces the amount of active CBF. An accumulation of CBFB-MYH11/CBFA multimers in the nucleus also occurs. CBFB regulates the expression of certain ADP-ribosylation factors (AFRs) and other tumour suppressor genes (TSGs) and therefore the fusion protein is thought to repress TSG expression4. This fusion protein has been shown to be necessary, but not solely sufficient for leukaemogenesis, and work continues to determine how the protein appears to work collaboratively with RUNX1 to mediate the proliferative signal and cell differentiation block required for development of leukaemia7,8.