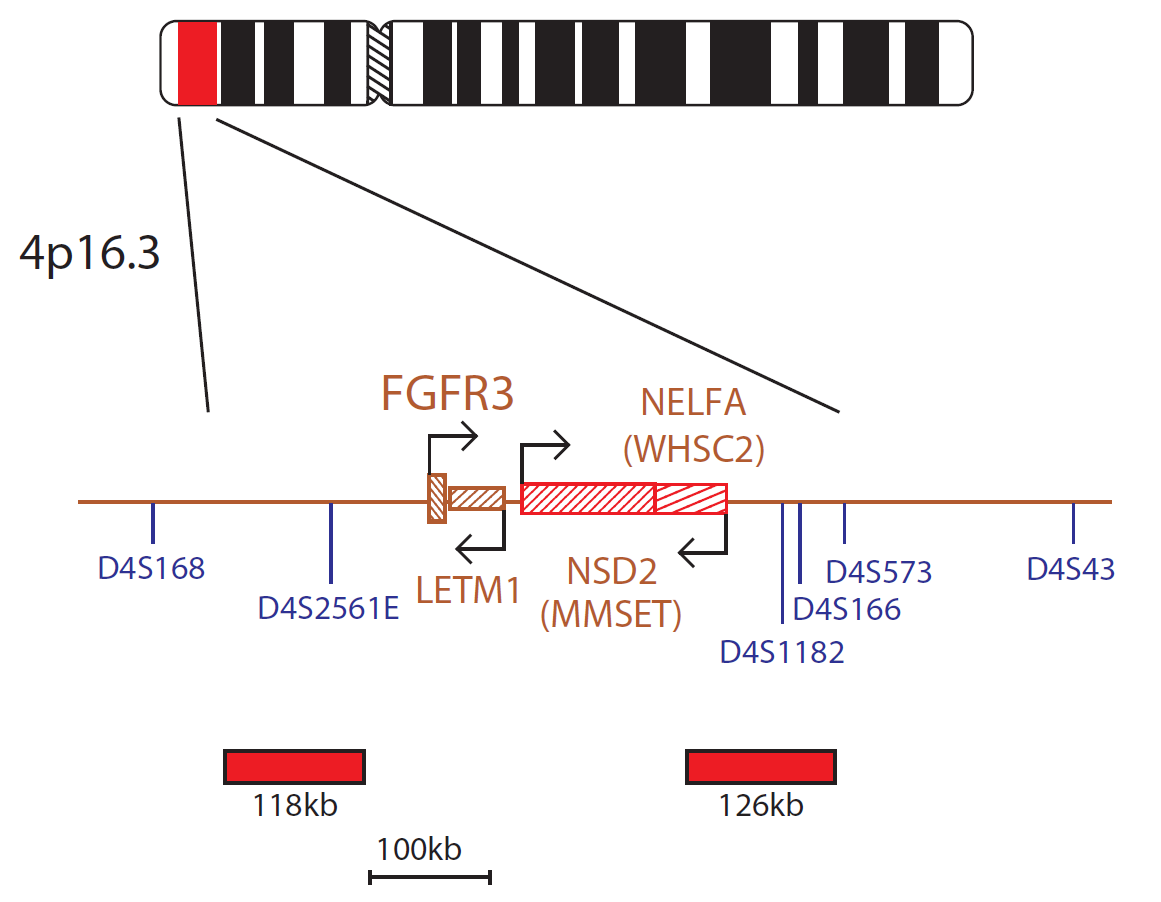 Approximately 50-60% of multiple myeloma (MM) cases are associated with translocations involving IGH and one of several partners including CCND1, NSD2 (WHSC1) and FGFR3, CCND3, MAF or MAFB1.

The translocation results in the dysregulation of two genes at 4p16; WHSC1 (Wolf-Hirschhorn syndrome candidate 1) and FGFR3. The consequence of the translocation is increased expression of FGFR3 and WHSC1. The translocation can be unbalanced, with 25% of cases losing the derivative chromosome 14, associated with the loss of FGFR3 expression2,3.

This t(4;14) translocation is often cytogenetically cryptic and was poorly described before the advent of FISH techniques. The translocation has been associated with poorer survival in MM patients2,3.