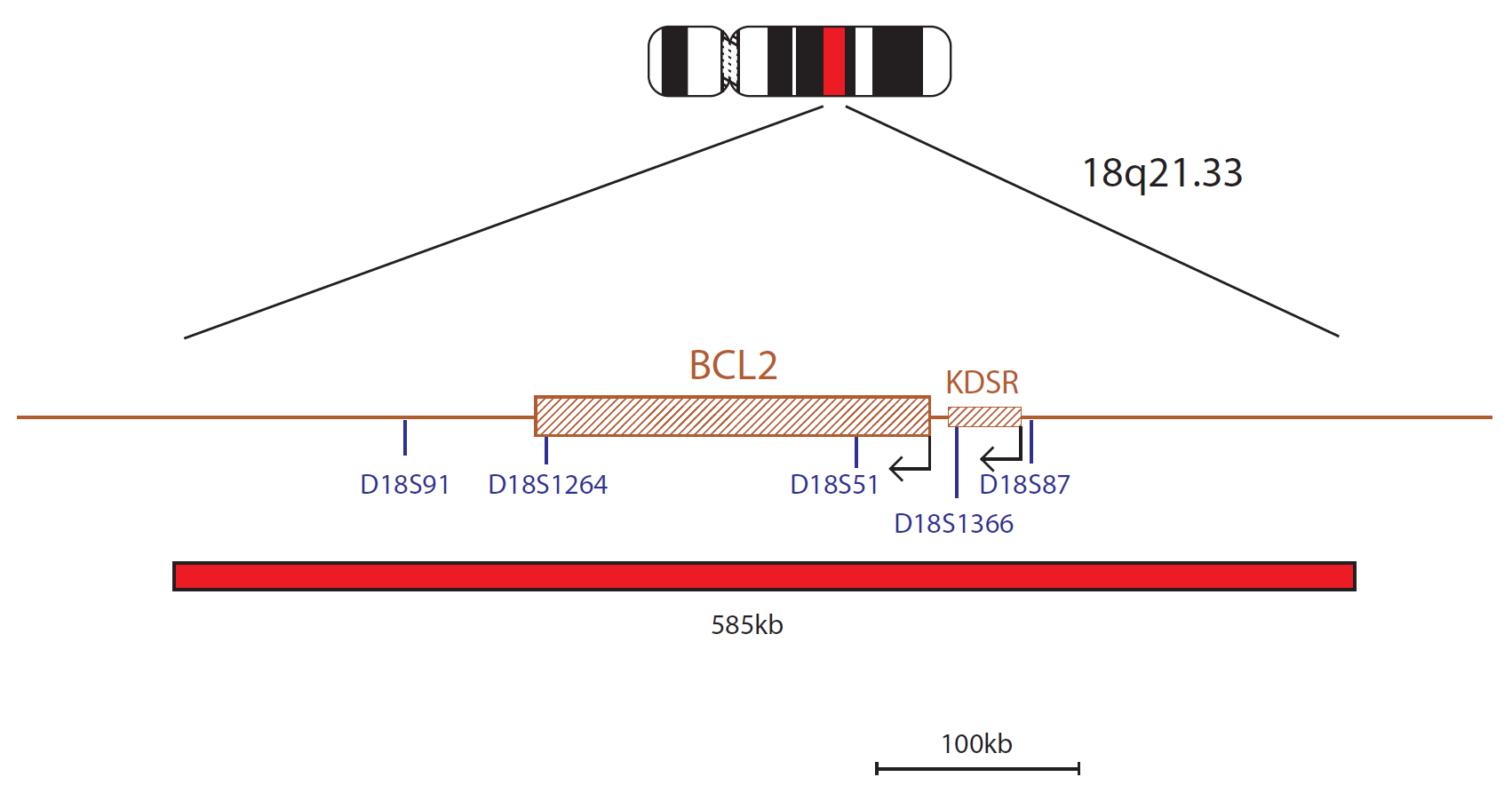 The t(14;18)(q32;q21) translocation involving the IGH (immunoglobulin heavy locus) gene at 14q32.33 and the BCL2 (BCL2 apoptosis regulator) gene at 18q21.33 is a recognised recurrent abnormality seen in B-cell malignancies.

IGH-BCL2 rearrangements are observed in 70-95% of follicular lymphoma (FL) cases and 20-30% of diffuse large B-cell lymphoma (DLBCL)1. Presence of the t(14;18) translocation in DLBCL is a predictor of outcome and has a poor prognostic effect2. BCL2 translocations have also been implicated in chronic B-cell lymphoproliferative disease (CLPD) and also occur occasionally in chronic lymphocytic leukaemia (CLL)3.