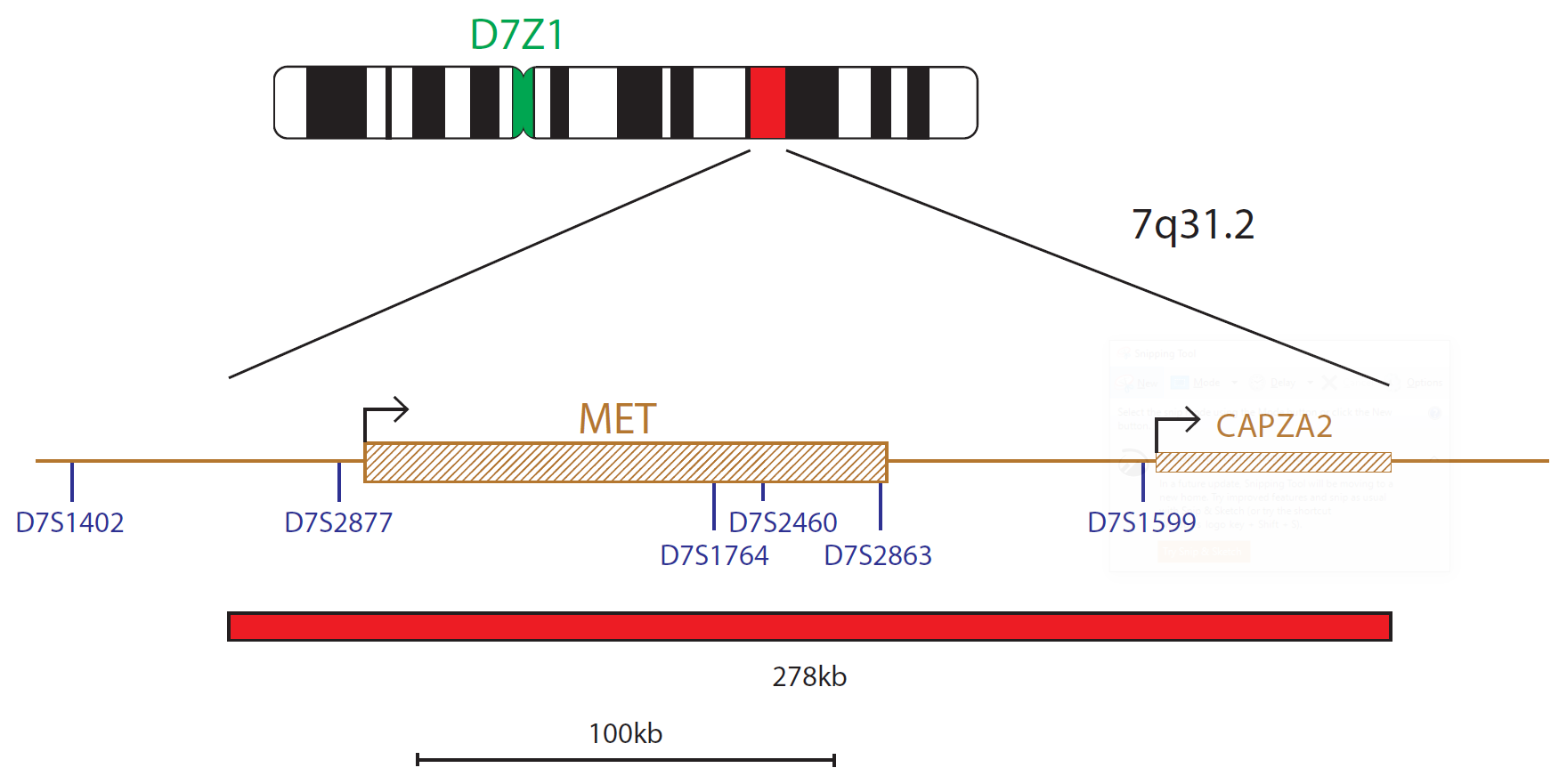 The C-MET Amplification probe consists of a 278kb red probe spanning the C-MET (MET) gene. The centromeric probe in green acts as a control for chromosome 7.

The C-MET (MET - Mesenchymal-Epithelial Transition factor) encodes a transmembrane tyrosine kinase1, which is an oncoprotein.

The MET gene regulates both cell motility and cell growth2, so normal C-MET expression allows stem cells and progenitor cells to grow invasively. This invasive growth is required to generate new tissues in an embryo, or in an adult in regenerating tissue, such as the liver, or during wound repair3.

MET has been shown to be overexpressed in many tumours including ovarian4, breast5, lung6, thyroid7, stomach8, pancreatic9,10 and colon11,12. This overexpression correlates with a poor prognosis4,13,14. In breast cancers, MET was only shown to be co-expressed with HER2 (ERBB2) in 50% of patients, indicating that it has a significant impact on tumour aggressiveness independently of HER213.