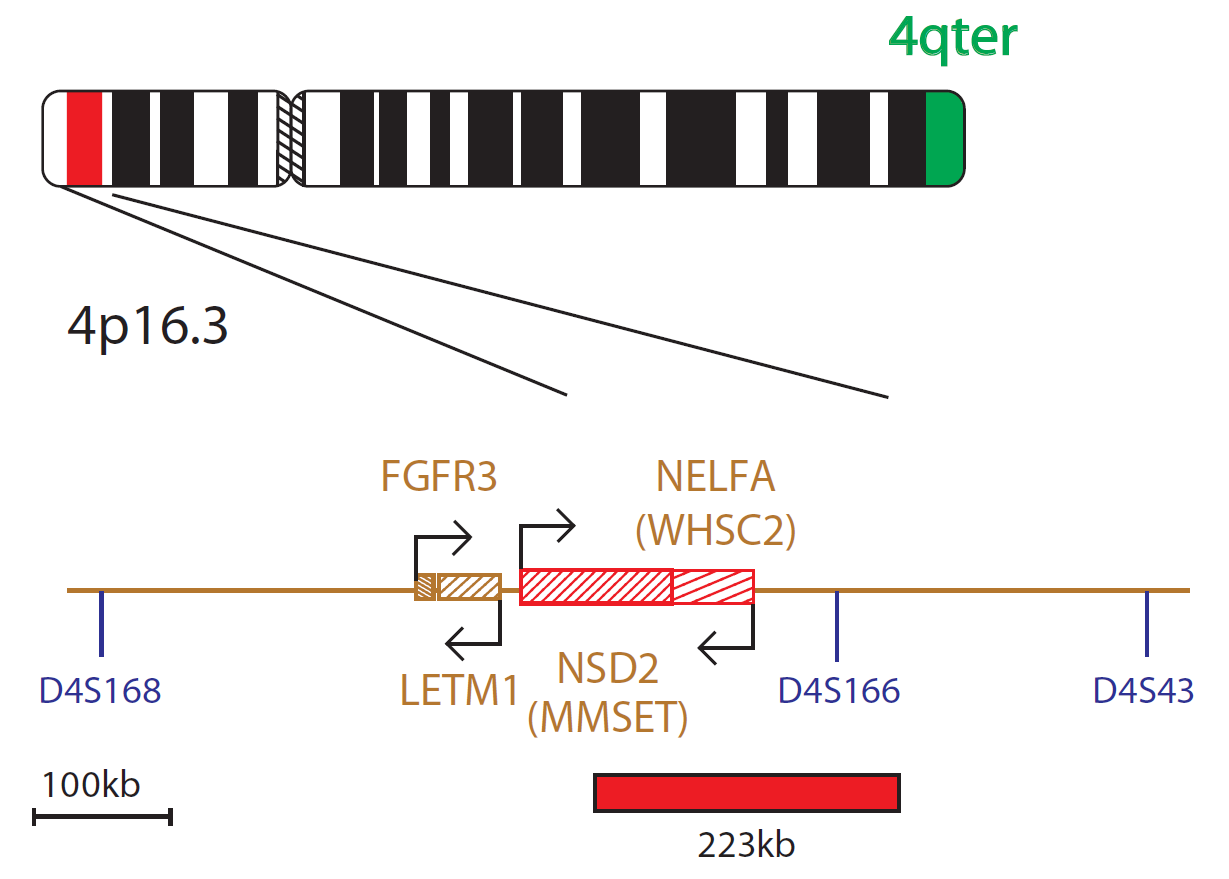 The Wolf-Hirschhorn probe is 223kb, labelled in red and covers a region centromeric to the FGFR3 and LETM1 genes, including the D4S166 marker. The 4qter subtelomere specific probe (clone CTC-963K6), labelled in green, allows identification of chromosome 4 and acts as a control probe.

The phenotype results from the partial deletion of the short arm of chromosome 4 (4p16.3). Molecular analyses of patients with small terminal and interstitial deletions have allowed the definition of the Wolf-Hirschhorn Critical Region, which is 165kb in size and lies between D4S166 and D4S33273.