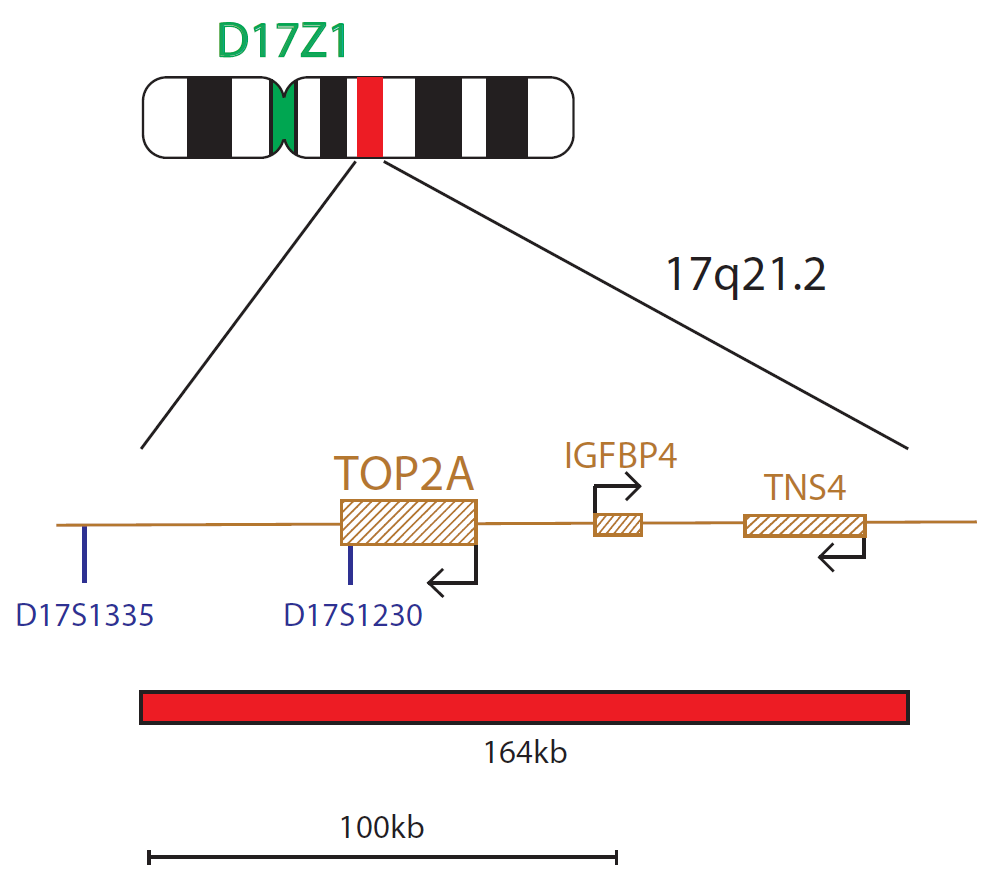 The TOP2A Amplification/Deletion probe consists of a red 164kb probe spanning the TOP2A gene region. The centromeric probe in green acts as a control for chromosome 17.

The Topoisomerase 2A encoding (TOP2A) gene is located on chromosome band 17q21.2, near to the HER2 (ERBB2) oncogene. The TOP2A encoded protein has a function in DNA replication and the transcription of mRNA1,2. Amplification of the TOP2A gene is frequent in breast cancer and is often accompanied by HER2 amplification3.

TOP2A gene alterations are associated with an increased response to therapy using the anti-cancer drug anthracycline4, while patients with tumours that show normal levels of TOP2A and HER2 do not appear to gain any additional benefit from this drug4.