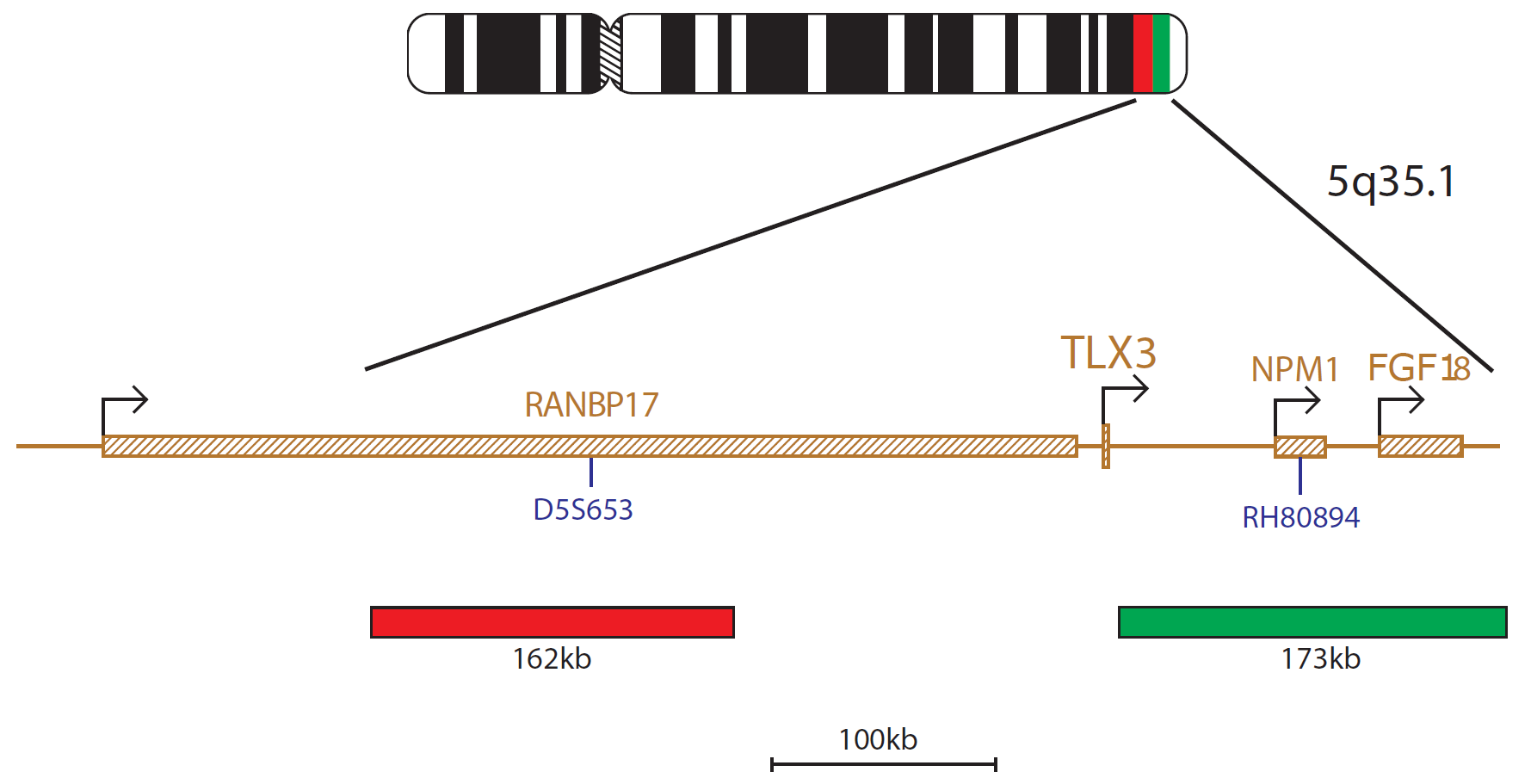 The TLX3 (T-cell leukemia homeobox 3) gene at 5q35 can be aberrantly expressed in T-cell acute lymphoblastic leukaemia (T- ALL) due to a cryptic translocation1.

Unlike TLX1, the dysregulation of TLX3 is not brought about by close juxtaposition with T-cell receptor genes, instead, it is brought into contact with another gene that is highly expressed in normal T-cell differentiation: BCL11B at 14q322. The t(5;14)(q35;q32) translocation is cryptic and the breakpoint does not actually disrupt TLX3 but, in the majority of cases, occurs within or downstream of the RANBP17 gene3. RANBP17 is very close to TLX3 and although its expression is not affected by the translocation, TLX3 expression is affected. The t(5;14)(q35;q32) translocation is found in approximately 20% of childhood T-ALL and 13% of adult cases. Rarer TLX3 rearrangements have also been reported: a t(5;7)(q35;q21) translocation involving CDK6 at 7q21 and a t(5;14)(q35;q11) translocation involving TRA/D at 14q11.21.