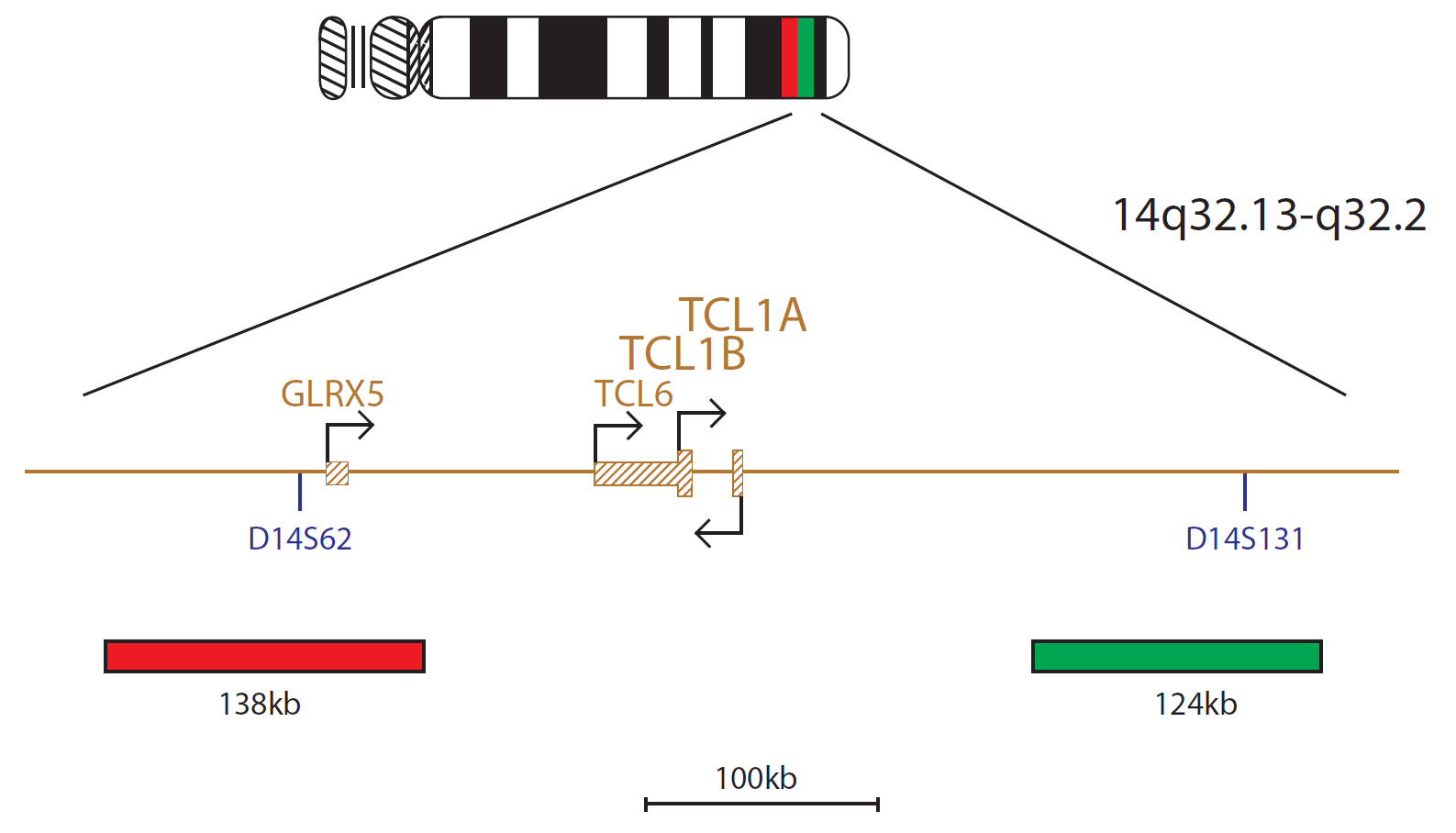 Dysregulation of gene transcription is a feature of all acute leukaemias. In T-cell neoplasms, this is brought about by altered expression of normal transcription factor proteins, often as a consequence of chromosomal rearrangements placing these genes into close proximity of the promoter and enhancer elements of the TCR genes: TRA and TRD at 14q11.2, TRB at 7q34 and TRG at 7p142,3.

In T-cell prolymphocytic leukaemia (T-PLL) the T-cell Leukaemia 1A/1B gene cluster on chromosome 14q32 has been shown to be involved in a number of different chromosomal rearrangements, including the t(14;14)(q11;q32) and inv(14)(q11;q32), which bring elements of the cluster into close juxtaposition to, and under the control of, the TCR gene promoters and enhancers. There are two breakpoint regions in the gene cluster, each of which are observed in different neoplasms, though both are involved in either the inv(14) or t(14;14). Breakpoints are concentrated in regions centromeric and telomeric to the TCL1A, TCL6 and TCL1B genes4.