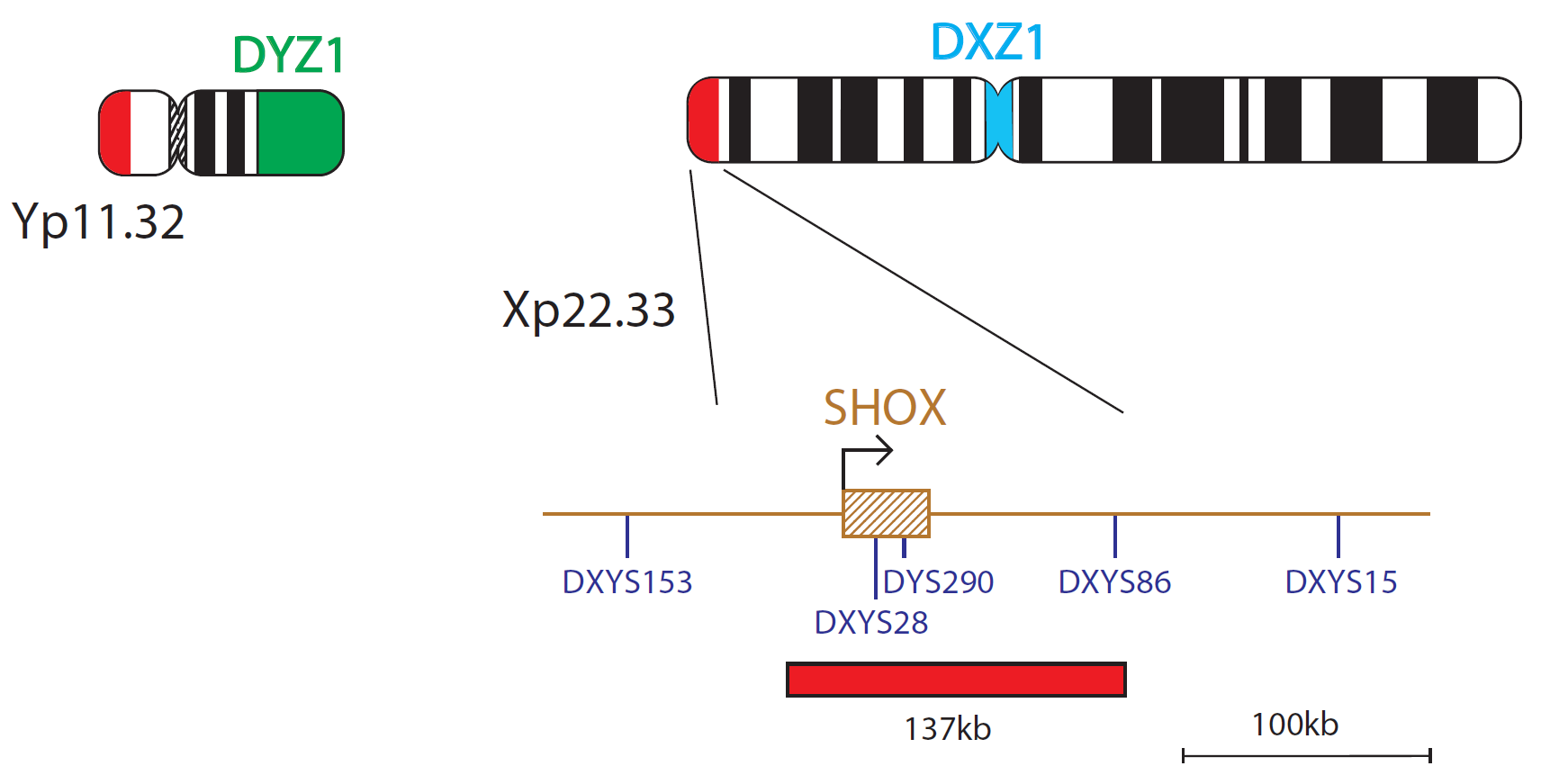 The SHOX probe is 137kb, labelled in red and covers a region including the entire SHOX gene and flanking DNA on chromosomes Y and X. The probe mix also contains control probes for the X centromere (DXZ1) labelled in blue, and for chromosome Y (DYZ1, the heterochromatic block at Yq12) labelled in green.

The SHOX (Short stature Homeobox-containing gene) is located in the pseudoautosomal region (PAR1) of chromosomes X and Y, in bands Xp22.33 and Yp11.321.

The gene encodes a transcription factor of 292 and 225 amino acids (SHOXa and SHOXb respectively), whose translated proteins differ in the C-terminal regions. SHOX is a cell-specific homeodomain protein involved in cell cycle and growth regulation and activates transcription in osteogenic cells2. SHOX haploinsufficiency is involved in the aetiology of idiopathic short stature and the short stature observed in Turner syndrome3. Homozygous loss of the SHOX gene has been correlated with Langer type mesomelic dysplasia. Subsequently, heterozygous SHOX mutations were also shown to cause Leri-Weill dyschondrosteosis4.