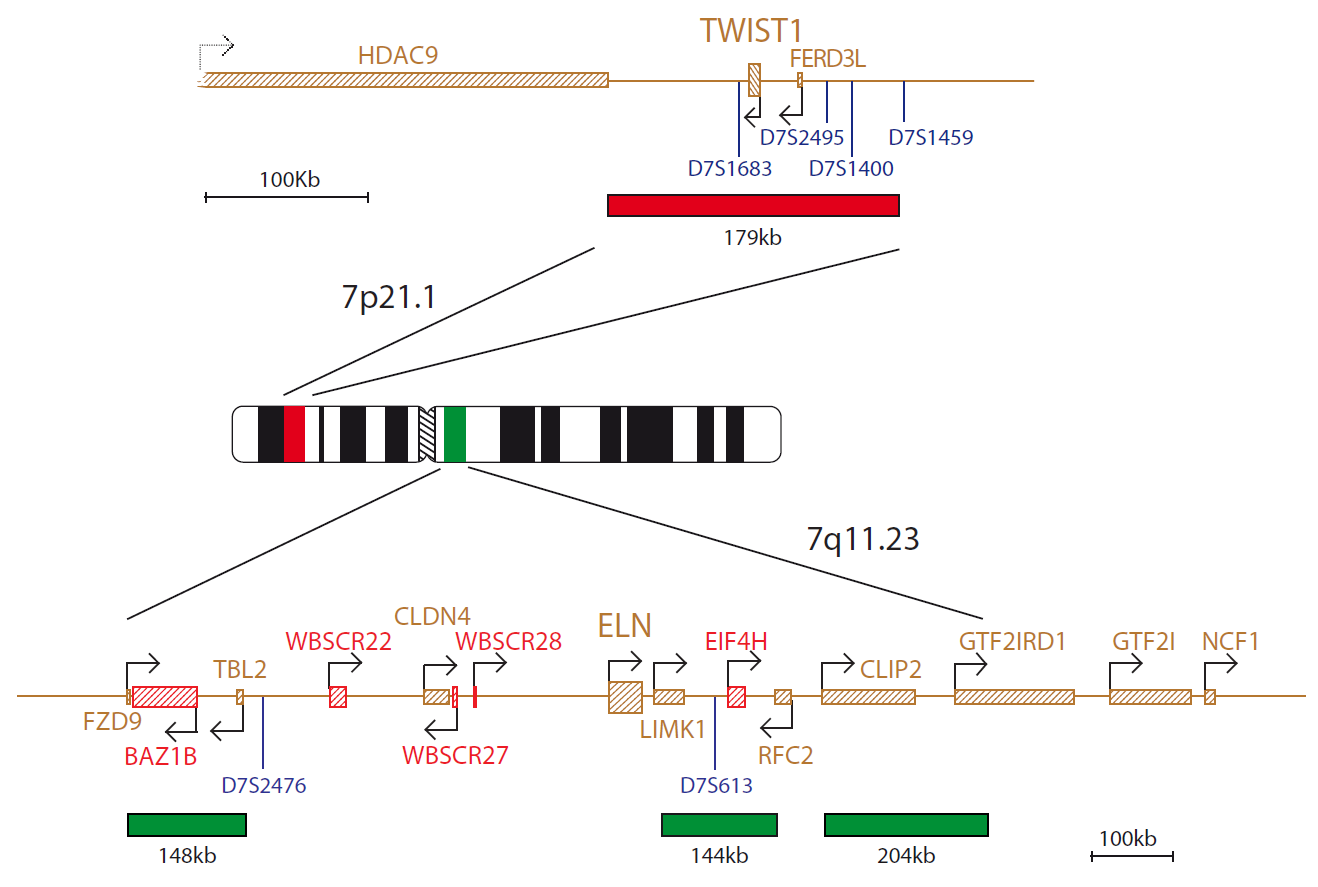 The TWIST1 probe is 179kb, labelled in red and covers a region including the entire TWIST1 gene and flanking DNA. The Williams-Beuren region probe, labelled in green, consists of three non-overlapping clones (148kb, 144kb and 204kb), which cover much of the deletion region.

The incidence of this syndrome is estimated to be 1 in 25,000-50,000 live births, though due to the phenotype often being very mild, it is possible that the syndrome is under diagnosed1. The identification of TWIST1 (a basic helix-loop-helix transcription factor on chromosome band 7p21.1) as a causative gene2,3 has proved invaluable for the diagnosis of this phenotypically variable disorder1.

Patients display a distinctive ‘elfin’ facial appearance, connective tissue problems, SupravalVular Aortic Stenosis (SVAS), growth retardation, renal anomalies, transient hypercalcaemia, hyperacusis and mental retardation7. Haploinsufficiency or hemizygosity of the elastin (ELN) gene has been identified as being responsible for the SVAS8,9 but none of the other clinical features of the syndrome have been unequivocally attributed to specific genes within the WBS deleted region. These genotype-phenotype correlations are made more difficult in WBS patients as the deletion has also been shown to have an effect on normal copy number genes that neighbour the deletion breakpoints10.