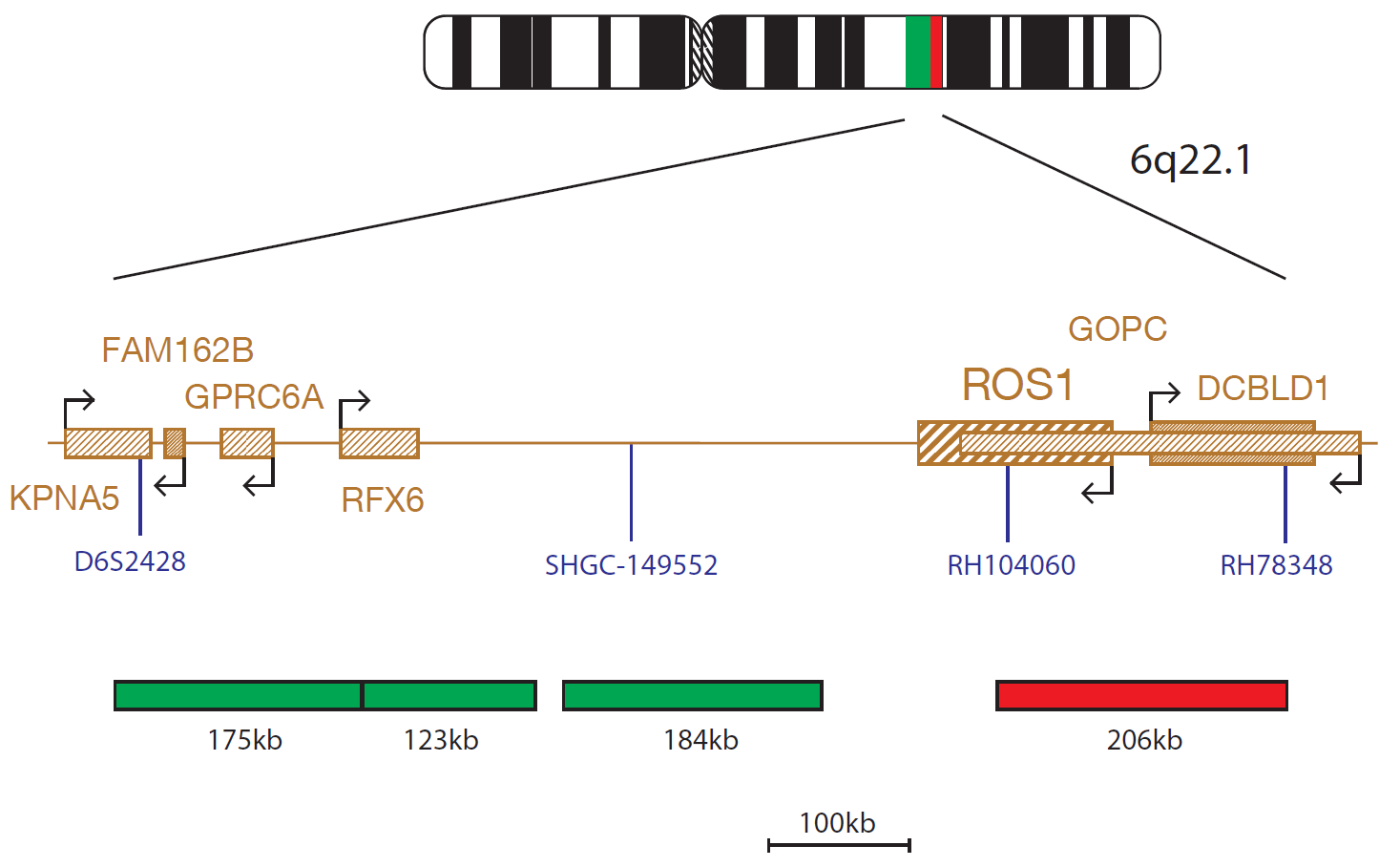 ROS1 rearrangements define a molecular subset of non-small cell lung cancer (NSCLC) and are seen in approximately 2% of patients with NSCLC2. A number of partner genes have been identified, including SLC34A2, CD74 and SDC43. It has been shown that these ROS1 fusions activate the pSTAT3, PI3K/AKT/mTOR and SHP-2 phosphatase pathways4,5.

NSCLC patients with ROS1 rearrangements have been shown to respond to treatment with ALK/MET tyrosine kinase inhibitors, such as crizotinib6.

The ROS1 Plus design covers the ROS1 region and the region deleted in ROS1-GOPC fusions.