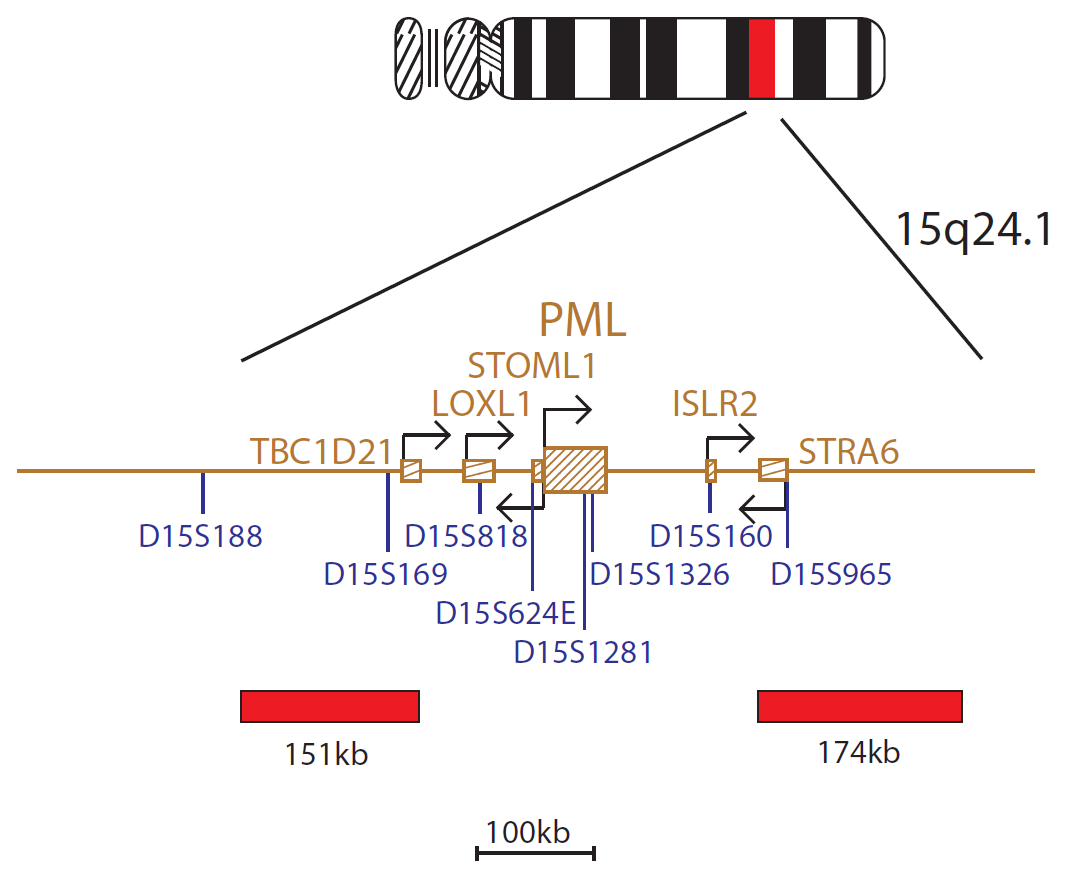 PML and RARA have both been implicated in normal haematopoiesis. PML possesses growth suppressor and proapoptotic activity whereas RARA is a transcription factor that mediates the effect of retinoic acid at specific response elements6. PML-RARA fusion protein behaves as an altered retinoic acid receptor with an ability of transmitting oncogenic signaling7.

Immediate treatment of APL patients is critical, due to fatal coagulation disorders and life-threatening haemorrhage in diagnosis. Prior to the introduction of all-trans-retinoic-acid (ATRA) and arsenic trioxide (ATO) in APL treatment protocols, the disease had a poor prognosis; however, since the introduction of these therapies, the overall survival rate has improved dramatically, with nearly 90%5 of patients cured. Patients with variant RARA translocations show variable sensitivity to treatment, with some patients showing resistance to treatment protocols3,5. It is therefore important to differentiate between APL patients with PML-RARA fusion and those patients with variant RARA translocations.