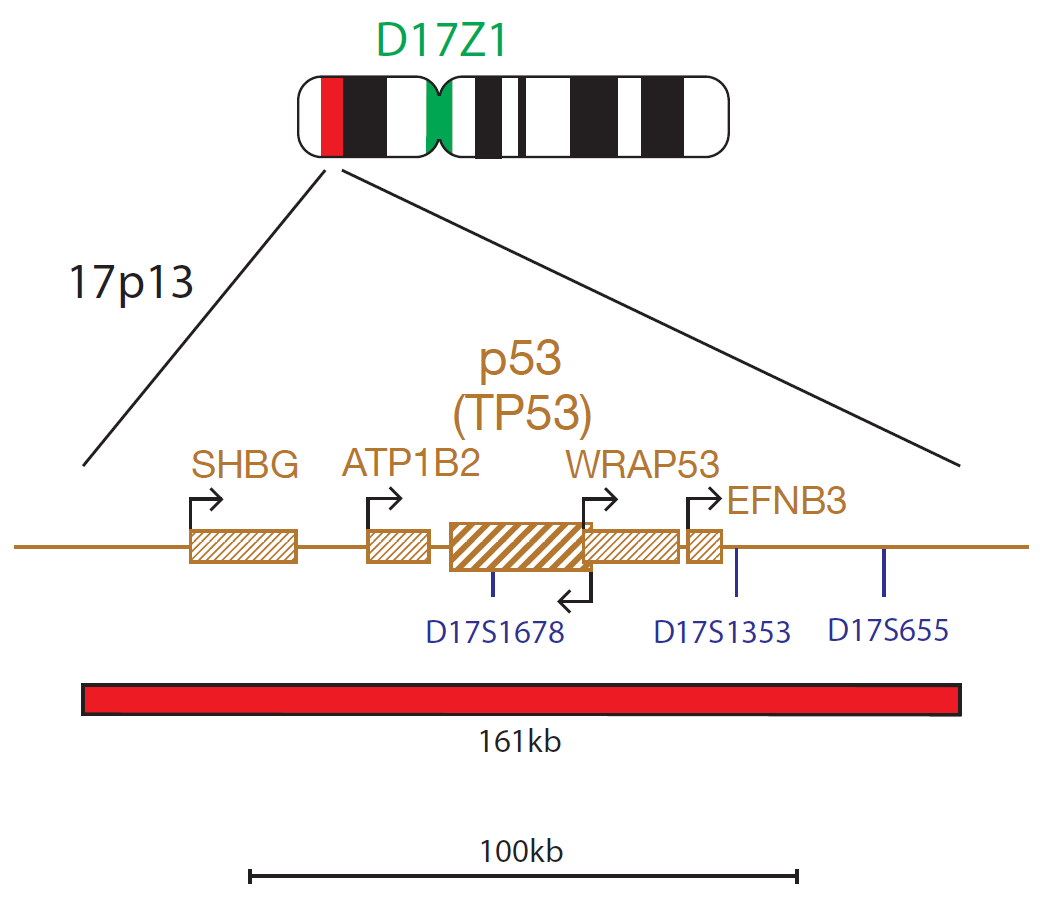 The P53 probe mix consists of a 161kb probe, labelled in red that covers the whole P53 (TP53) gene and the flanking regions. The probe mix also contains a control probe for the 17 centromere (D17Z1) that is labelled in green.

The TP53 (tumor protein p53) gene at 17p13.1 is a tumour- suppressor gene that has been shown to be deleted in a wide range of human malignancies.

The TP53 gene is one of most important tumour suppressor genes; it acts as a potent transcription factor with fundamental role in the maintenance of genetic stability. Screening for TP53 loss is important as deletions or losses of the short arm of chromosome 17, which includes the TP53 region, are reported in many cancers and are often associated with disease progression, inferior response to treatment and/or a poor prognosis.

In particular, loss of TP53 is reported in 10% of patients with chronic lymphocytic leukaemia (CLL), and is considered to be the poorest prognostic marker in that disease1,2. In acute myeloid leukaemia (AML) and acute lymphoblastic leukaemia (ALL), TP53 loss is associated with a poor outcome and is often seen as a marker of disease progression or secondary disease3-5.

TP53 loss in patients with multiple myeloma is a late event, where is seen as a marker of disease progression and is associated with a very poor prognosis6,7.