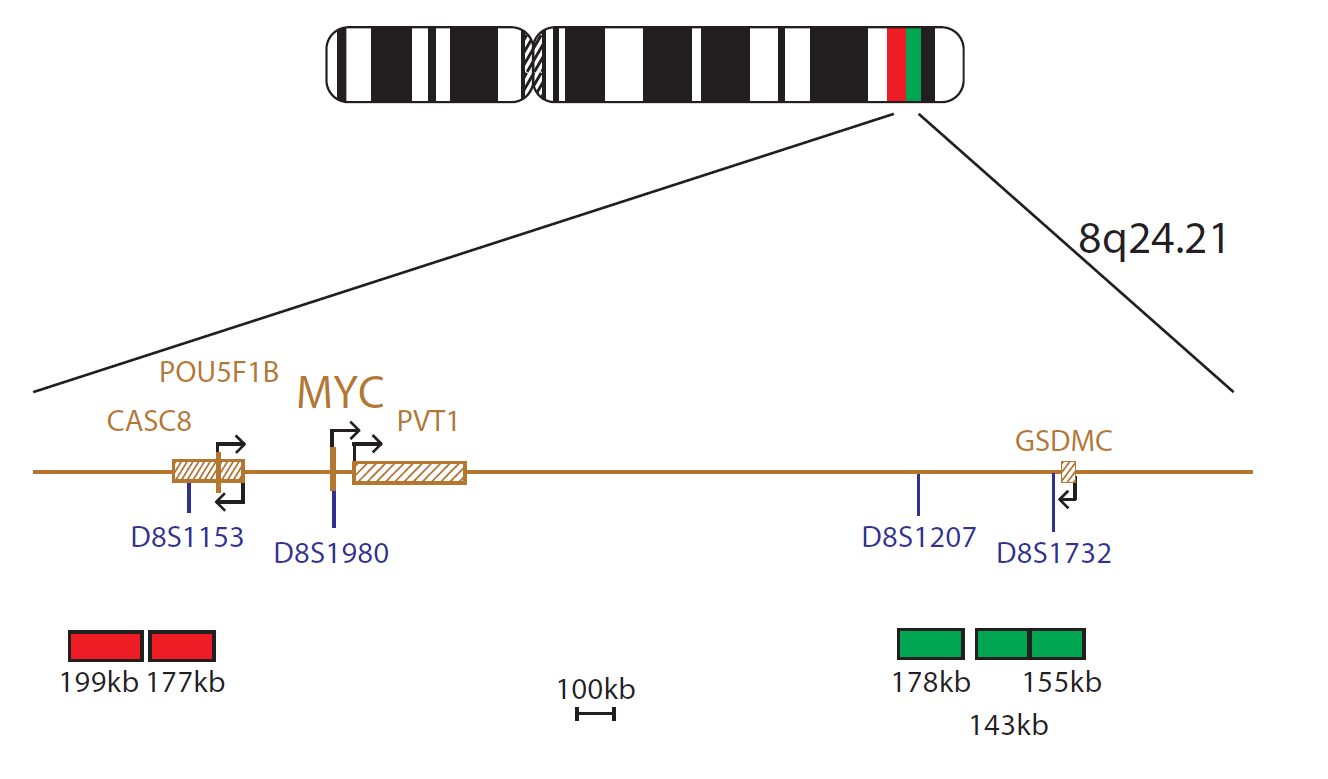 Translocations involving the MYC (cMYC) oncogene (Avian Myelocytomatosis Viral Oncogene Homologue) are a molecular feature of Burkitt lymphoma and occur in almost every case. These rearrangements can also be found in 5 to 10% of diffuse large B-cell lymphoma (DLBCL)1.

The majority of rearrangements result in the juxtaposition of MYC to IGH, IGL or IGK in the t(8;14), t(8;22) or t(2;8) respectively. In each case, this results in dysregulation of MYC (as a result of being close to the constitutively active immunoglobulin locus), increased transcription and neoplastic growth2. The breakpoints involved are widely scattered throughout the gene but the t(8;14) translocation always spares the protein coding exons which become attached to the derived 14. In the t(2;8) and t(8;22), MYC remains on chromosome 8 and the immunoglobulin locus joins it, resulting in close positioning of the MYC and immunoglobulin loci. Rare cases of translocations not involving immunoglobulin partners have also been reported3.

Patients with MYC rearrangements, in isolation of a confirmed diagnosis of Burkitt lymphoma, were originally thought to have poor prognoses but they do respond well to intensive chemotherapy affording them an increased survival rate. This shows that cytogenetic confirmation of the rearrangement is necessary to manage the patient effectively4.