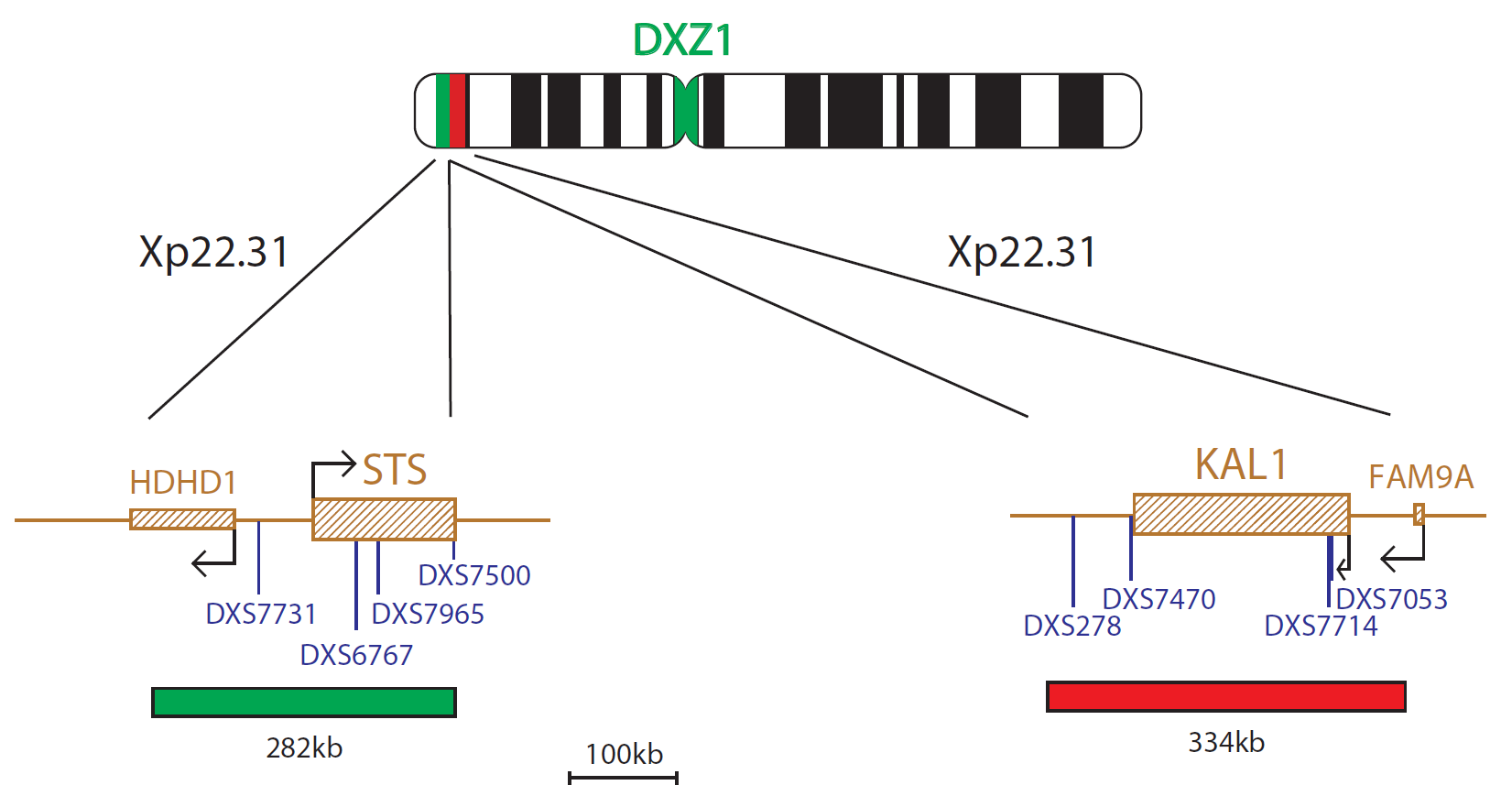 Kallmann syndrome (KS) is a developmental disease characterised by olfactory deficiency3 and hypogonadotrophic hypogonadism (HH), which is responsible for the absence of spontaneous puberty1.

It has been shown that mutations in the KAL1 gene on Xp22.3 result in the X-linked form of KS5. KAL1 consists of 14 exons and extends over 200kb and abnormalities of KAL1 reported in patients with KS include missense and nonsense mutations, splice site mutations, intragenic deletions and submicroscopic chromosomal deletions involving the entire KAL1 gene7.

Steroid Sulphatase Deficiency (STS) (also known as X-linked Ichthyosis)8 is the second most common type of ichthyosis and one of the most frequent human enzyme deficiency disorders.

Deficiency of the STS enzyme is known to be responsible for dark, adhesive and regular scaling of the skin9. The gene encoding this protein maps to the distal short arm of chromosome X, which escapes X-chromosome inactivation and has the highest ratio of chromosomal deletions among all genetic disorders10. Complete deletions of the STS gene have been found in more than 90% of patients11. The deletions can extend to involve neighbouring genes, causing contiguous gene defects. Therefore, STS may be associated with KS12.