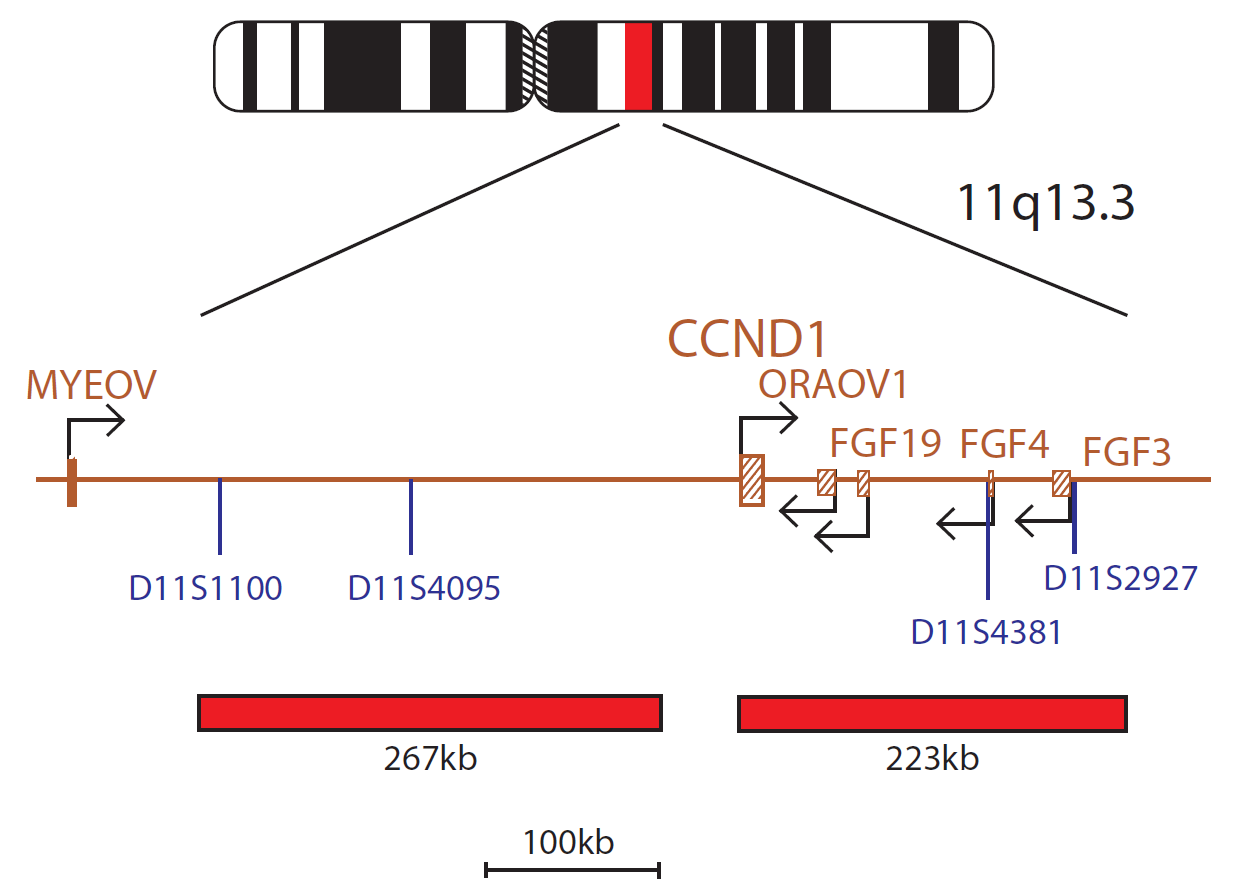 Although translocations involving IGH and CCND1 (BCL1) were initially reported in B-CLL patients, the rearrangement is now considered to be a hallmark of mantle cell lymphoma (MCL).

Reciprocal translocations involving the IGH and CCND1 (previously known as BCL1) loci, t(11;14)(q13;q32), were frequently reported in B-CLL patients1. The involvement of the CCND1 (Cyclin D1) gene was initially reported from a cloning study looking at the breakpoints of the translocation. However, it is likely that the initial diagnosis on the samples used for the study should have been MCL. The IGH/CCND1 probe for detection of t(11;14) has been recommended by the British Committee for Standards in Haematology to enable atypical B-CLL patients to be distinguished from possible MCL patients2.