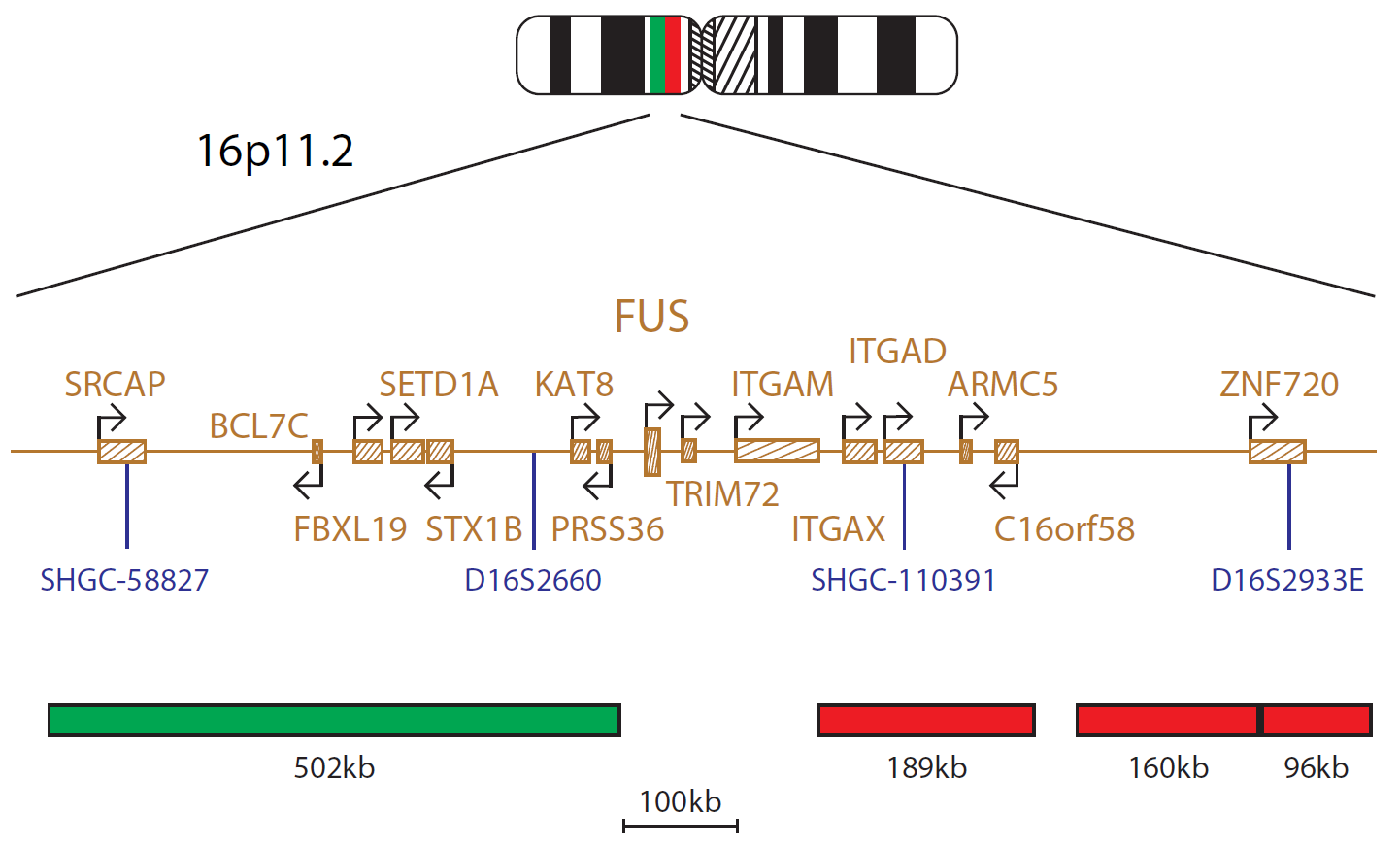 Recurrent rearrangements involving the FUS gene with a number of different partner genes have been reported in various types of neoplastic disease, notably soft tissue sarcomas and acute myeloid leukaemia. In some tumour types FUS and EWSR1 may replace each other as fusion partners2.

This breakapart probe has been designed to allow detection of FUS rearrangements regardless of the partner gene involved.