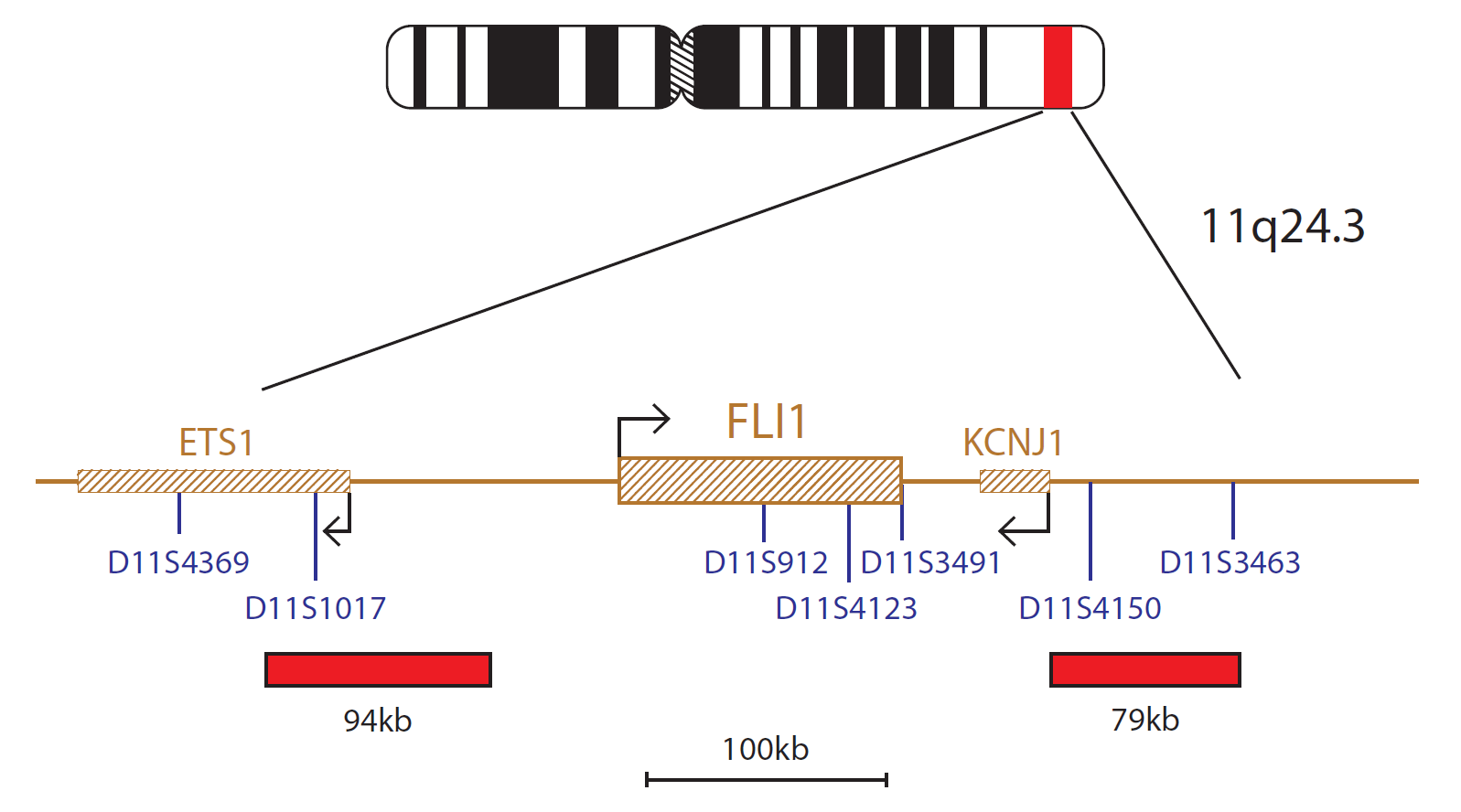 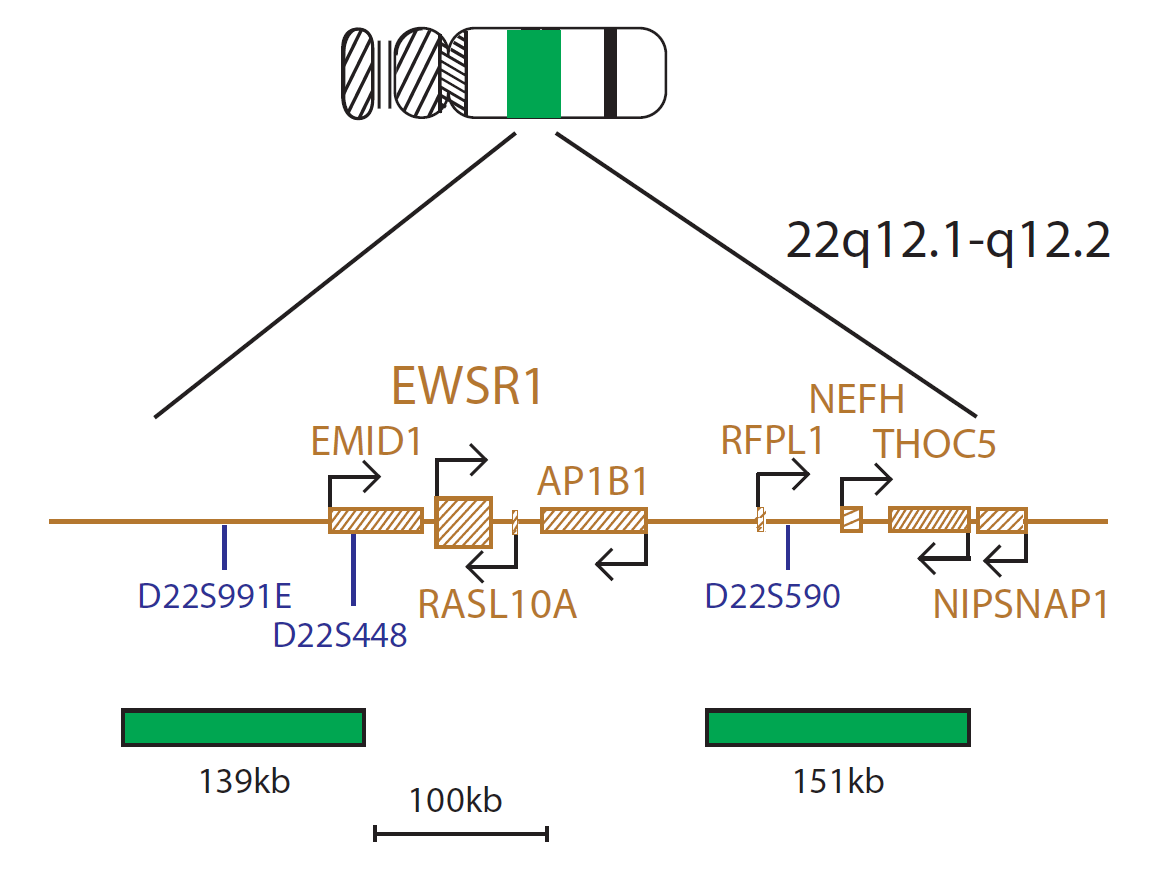 EWSR1 is also involved in translocations in desmoplasmic small round cell tumours, a subset of angiomatoid fibrous histocytomas, and possibly in myxoid liposarcoma3,4.

The FLI1/EWSR1 Translocation, Dual Fusion probe can also be used to distinguish rare soft tissue sarcoma, a clear cell sarcoma, from malignant melanoma, a distinction that is difficult to make via either histology or immunohistology. The EWS-ATF (Activating Transcription Factor 1) translocation, t(12;22) (q13;q12), has been identified in 70-90% of clear cell sarcoma yet has not been observed in malignant melanoma5. This translocation can be detected using the FLI1/EWSR1 Translocation, Dual Fusion probe. FISH has been shown to be a more sensitive and reliable method than RT-PCR for the diagnosis of EWS in solid tissues6.