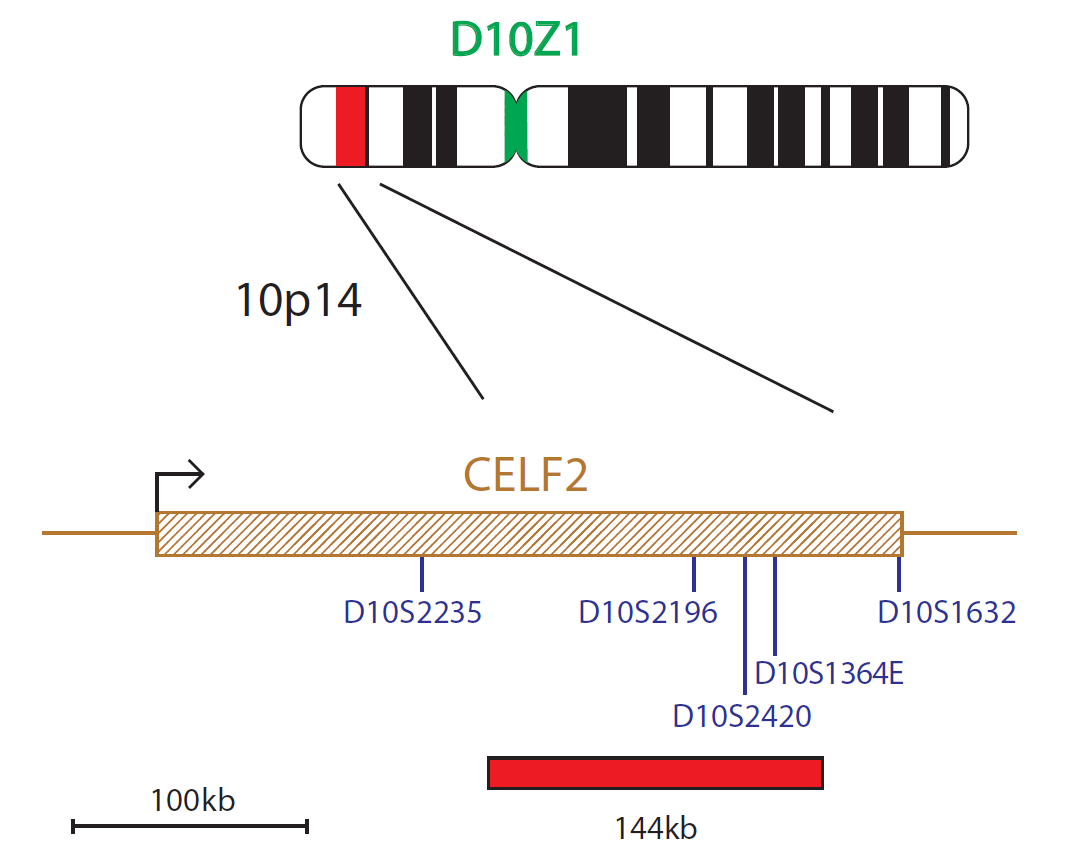 The deletion of the DGS2 locus on 10p may be 50 times less frequent than that of the DGS1 locus on 22q and has been estimated to occur in 1 in 200,000 live births9. A gene called BRUNOL3 (now named CELF2) has been identified within the 300kb minimally deleted region of DGS2 and is postulated to be involved in the DGS2 deletion10. BRUNOL3 is a candidate gene for the heart defect and thymus hypoplasia/aplasia associated with partial monosomy 10p10 and may be involved in atrial septal defects (ASDs), a common cardiac anomaly associated with DGS211.