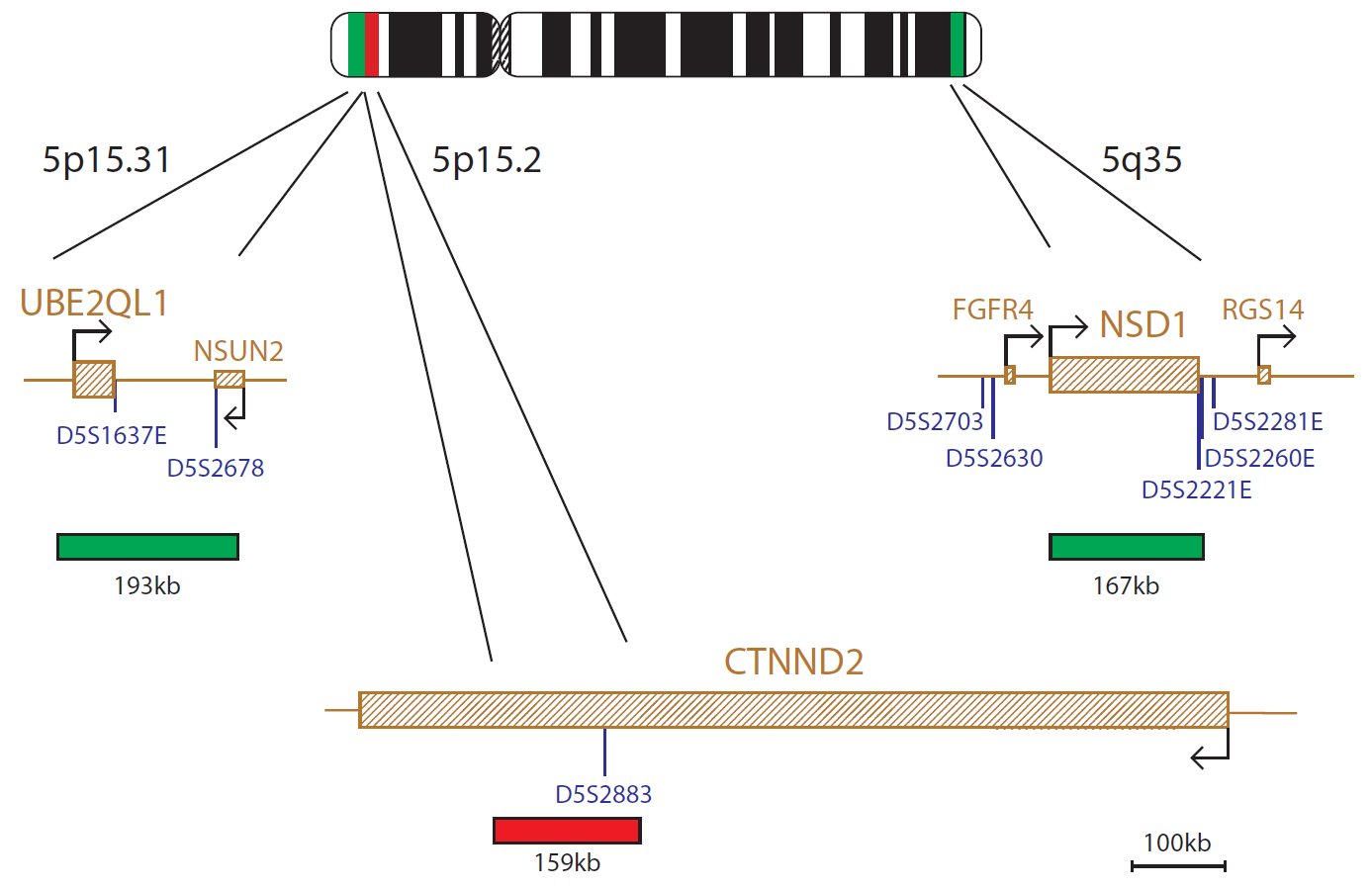 Cri-du-chat syndrome consists of multiple congenital anomalies, mental retardation, microcephaly, abnormal face and a mewing cry in infants. Cri-du-chat Syndrome is associated with deletions, which vary in size, of part of the short arm of chromosome 51.

The estimated prevalence varies between 1 in 20,000 to 1 in 50,000 births2, making it one of the more common deletion syndromes. A critical chromosomal region involved in the high-pitched cry has been mapped to the proximal part of chromosome band 5p15.33. The region involved in the remaining features of the syndrome has been mapped to 5p15.23,4,5.

SOTOS syndrome is a neurological disorder characterised by a distinctive facial appearance, overgrowth in childhood and developmental delay6. Malignant tumour formation has also been reportedly associated with SOTOS syndrome7.

NSD1, a gene encoding a histone methyltransferase, and implicated in chromatin regulation8, was identified as the gene disrupted by the 5q35 breakpoint in a patient carrying a chromosomal translocation9. Haploinsufficiency of the NSD1 gene appears to be the major cause of SOTOS syndrome.