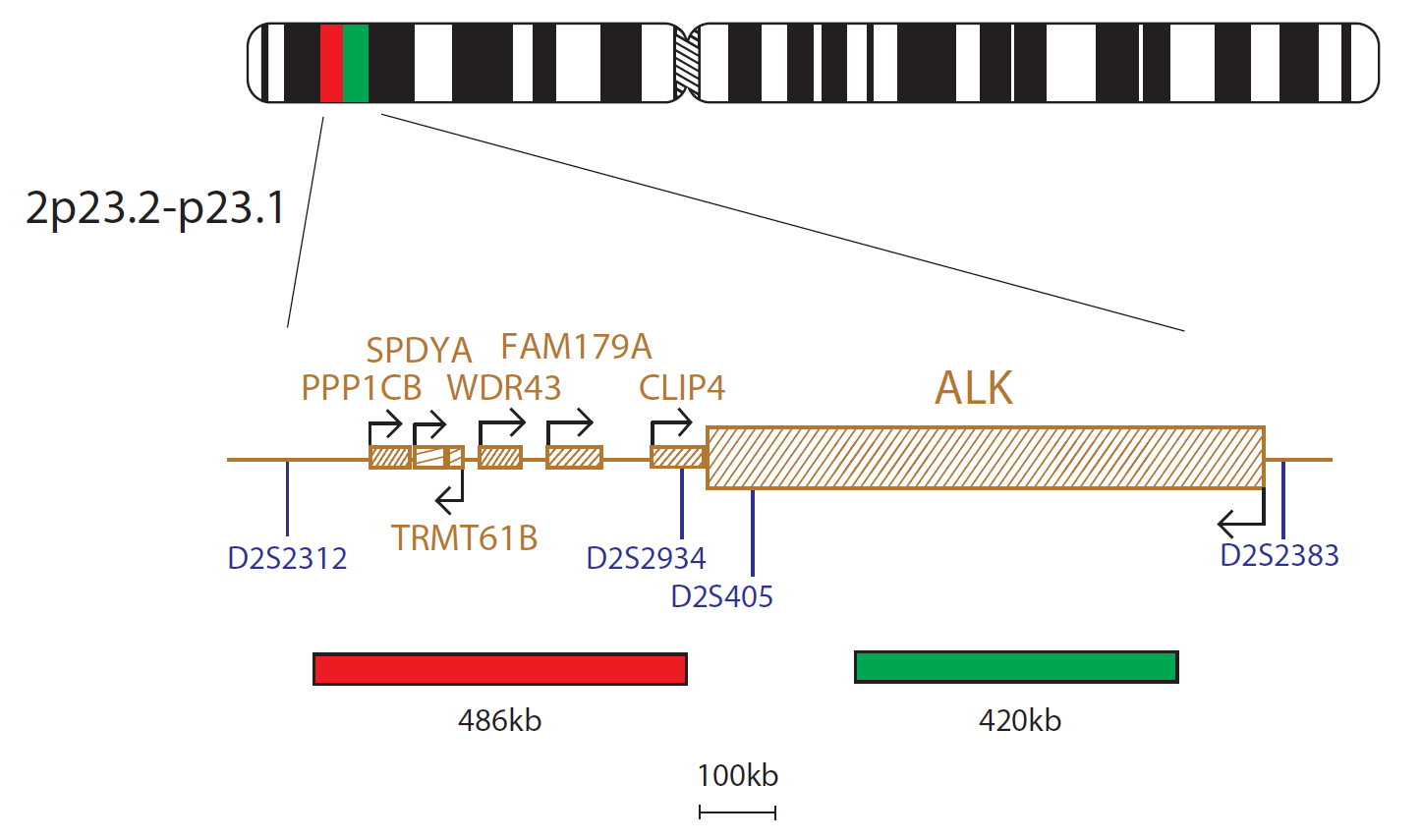 Transforming rearrangements of the Anaplastic Lymphoma Receptor Tyrosine Kinase (ALK) gene at 2p23 have been recognised in a subset of human haematological and solid malignancies1.

ALK fuses with Nucleophosmin (NPM1) in anaplastic lymphoma, resulting in constitutive kinase activity, which inhibits apoptosis and promotes cellular proliferation2. The rearrangement of ALK has now also been implicated in the development of Non-Small Cell Lung Cancer (NSCLC) as a result of an inversion involving chromosome 2, inv(2)(p21p23), causing ALK to fuse with the EML4 gene2. The ALK gene is frequently involved in translocations of chromosome 2 that lead to gene fusions in a variety of different malignancies, including neuroblastomas and myofibroblastic tumours3.