Would you like to visit our International or USA websites?

Find out about our company founder, Edwin Southern, the inventor of the Southern blot and the microarray. 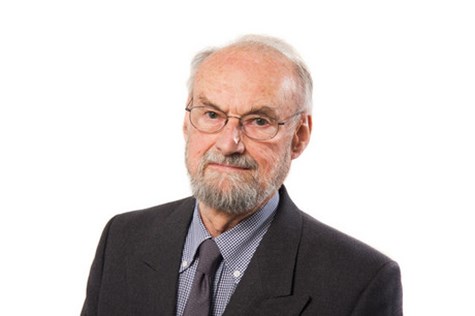 Edwin Southern is an Emeritus Professor of Biochemistry at the University of Oxford, an Honorary fellow of Trinity College, Oxford, and the founder of OGT.

He is the inventor of the Southern blot, a now widespread technique for DNA analysis that measures the number of copies of a particular gene in a sample which has proved to be a major methodological step forward in genetics. Edwin Southern is also widely known as the inventor of the microarray, a laboratory tool used to detect the expression of thousands of genes at the same time. The Southern blot and the microarray that he invented have contributed to the emergence of genomics as a specific field by enabling the rapid analysis of the status of each gene in a cell.

In 1995, Edwin Southern founded OGT, which grew rapidly to become one of the leading providers of genetics research solutions to customers worldwide. This attracted the attention of Sysmex Corporation, who, in May 2017, acquired all of OGT’s shares, with OGT becoming a wholly owned subsidiary of Sysmex.

He received the Gairdner Foundation International Award in 1990, Albert Lasker Award for Clinical Medical Research in 2005, The Royal Society of Edinburgh’s Royal Medals in 2012, and many others.

Edwin Southern is the founder of two charities, the Kirkhouse Trust, which promotes education and research in the Natural Sciences, as well as the Edina Trust, which was founded to promote science in schools. He funds these philanthropic endeavors with the royalties received from licensing the DNA microarrays he developed during his scientific career and through the sale of his shares in OGT to Sysmex Corporation.

Edwin Southern on his time at Edinburgh University

Our company founder, Edwin Southern, talks about his time at Edinburgh University, including how he confirmed the existence of junk DNA and how he developed the Southern blot technique.